Farhan and Shibani to register their marriage on February 21 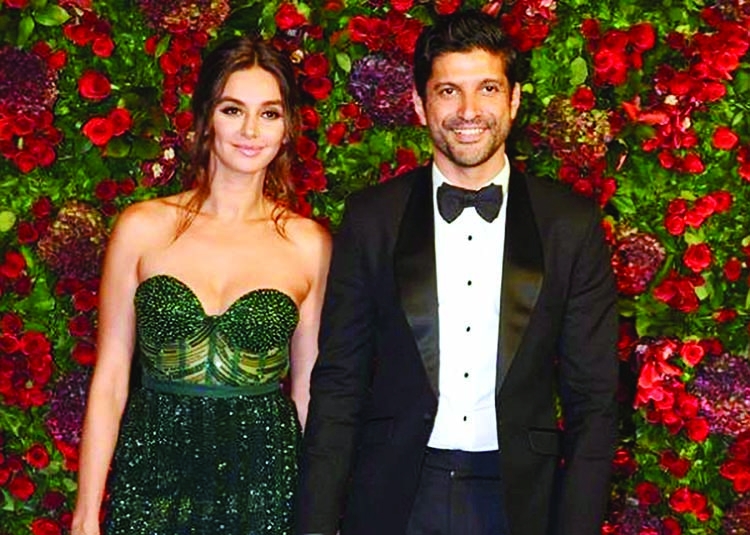 Love is in the air in the Hindi film industry. While the talk about Katrina Kaif and Vicky Kaushal's wedding refuses to die down, a source informs that another marriage is in the pipeline in Bollywood. According to sources, Farhan Akhtar and Shibani Dandekar, who have been going strong for a while now, have finally decided to take a step further in their relationship.
The couple will be registering their wedding in Mumbai on February 21. "Wedding was on cards for the two of them, as they have been in love for the longest time now. They have been discussing wedding plans for a while now and have finally decided to take things to the next level. On February 21, their relationship will take a new turn, as they will take the formal vows to be partners for life," revealed a source close to the couple.
Farhan Akhtar and Shibani Dandekar have been dating each other for over three years now. They have never shied away from expressing their love for each other on social media. While they post cute pictures and videos of them together, fans swoon over them and keep on coming back for more.On the work front, Farhan is currently prepping for his directorial, Jee Le Zara, which rides on an ensemble for three A-Listers - Katrina Kaif, Priyanka Chopra and Alia Bhatt.
The movie is slated to go on floors in the second half of 2022, as the makers plan to release it sometime next year. It's set to be a buddy film, with the three protagonists on a road trip in India. Other details around the same have been kept under wraps for now. Jee Lee Zara marks the return of Farhan Akhtar to direction over a decade after Don 2 (2011).