Alia bookmarks a page from "far away somewhere" 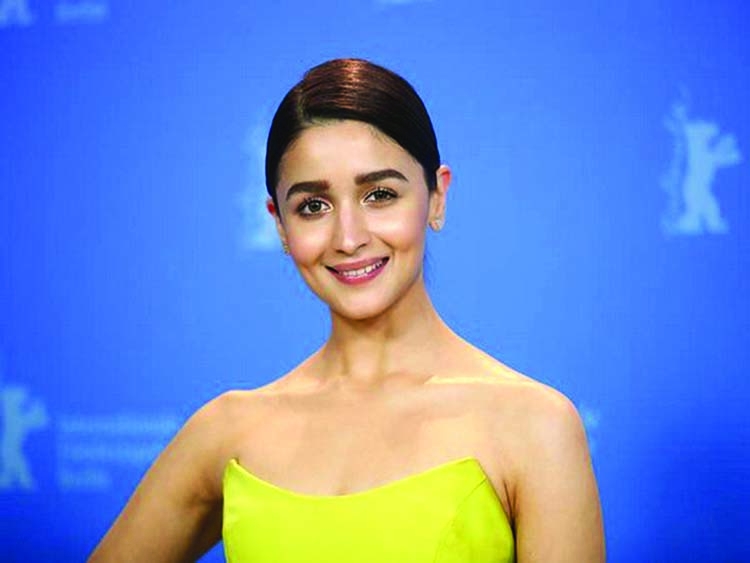 Do not disturb Alia Bhatt. Why? The actress is busy daydreaming. If not that, she is probably reminiscing her recent travel diaries. Alia's latest Instagram post suggests she is "far away somewhere." Alia has shared a photo where she is nonchalantly gazing at a distant spot, away from the camera. Behind her, we see rows of bookshelves. Alia is seated on a chair and cradling her head on a closed fist as if she is in some deep thought. Well, her caption was as intriguing as her pose.
She wrote, "Here but not there, always far away somewhere" and added icons of cloud and aeroplane and an inverted-smiling-face emoji. Alia Bhatt's post comes after a bunch of photos from her New Year's outing with boyfriend Ranbir Kapoor. Here are her pics where she was "casually flexing my boyfriend's photography skills."
Yes, those are Alia's words.  Alia Bhatt's New Year postcards featured Ranbir Kapoor too. The photos included snapshots of wildlife and forest. She captioned her images, "Giving 2022 some Hakuna Matata energy. Stay safe... smile ... Be simple and love more. Happy new year."
Winter has been an eventful time for Alia Bhatt, which could be a major reason for her current distraction. Apart from her vacation with Ranbir Kapoor, she also spent her Christmas in a gala way.
She was seen at a Christmas gathering with Ranbir Kapoor, his mother Neetu Kapoor and Ayan Mukerji, the director of Brahmastra. Alia Bhatt's winter diaries also consisted of wedding parties of many friends. She was seen along with Akansha Ranjan Kapoor and Anushka Ranjan Kapoor attended their friend Meghna Goyal's wedding festivities. She was also seen attending parties at Karan Johar's place along with Kareena Kapoor, Karisma Kapoor, Malaika Arora and Arjun Kapoor.