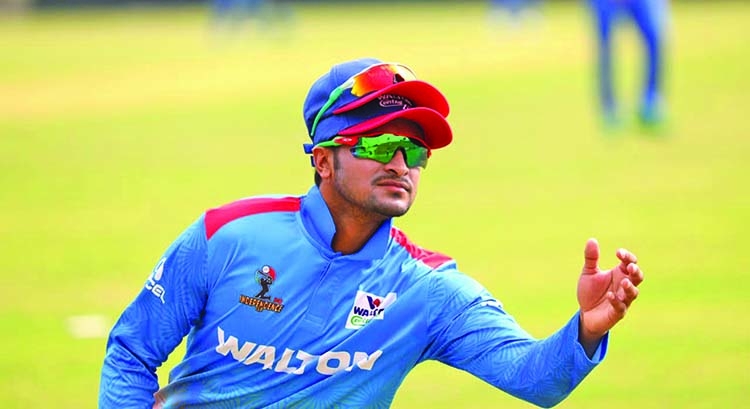 With the Bangladesh Premier League (BPL) approaching fast, the six teams had already started training at the academy ground of the Mirpur Sher-e-Bangla National Cricket Stadium. All of the teams started their practice with their local players since their star foreigners are yet to land in Dhaka. But while all of the local players joined their respective side, the picture was different in Frotune Barishal camp as their captain Shakib Al Hasan was not seen in the first day's practice.
According to the team sources, Shakib will join the practice from Monday. Even though Shakib did not come in the first practice of the team, Barishal coach Mahmud was not fazed by this as he believes Shakib is capable enough to make a good bond with the team as quicker as it is possible. According to him, if a cricketer like Shakib is in the team, it is easy to work with that team.
"It's always easy to work for a team that has Shakib Al Hasan," Mahmud said in a video message. "Shakib and I worked for Dhaka (Dhaka Dynamites) for four years. So my chemistry with Shakib is always good. 'Mahmud is also satisfied with the balance of his team. "In fact, the T20 format is a game that will be won by those who can play well on a given day. But I am hopeful about our chance."

It is to be noted that Barisal has practiced only with local cricketers today. Their foreign cricketers will come from Monday. Caribbean all-rounder Dwayne Bravo and England's Jack Lintott will arrive today (Monday). West Indies fast bowler Alzzari Joseph will arrive on Wednesday (January 19), another Caribbean Chris Gayle on Saturday (January 22) and Afghan offspinner Mujib Ur Rahman will arrive on the night of January 26.