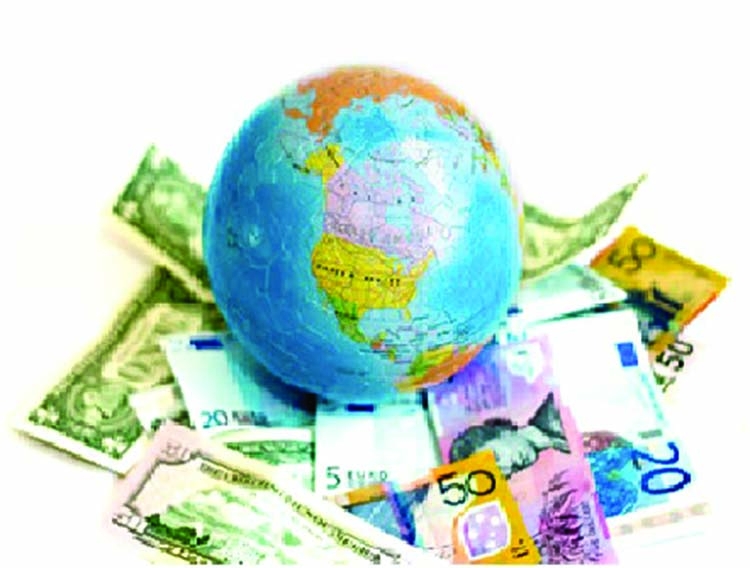 The Blue Whale game hit news headlines a couple of years ago for its deadly features like addicting the people who played this game and leading them to hurt themselves, even to commit suicide in some cases. In the same way Janata Bank Limited's Managing Director and Chief Executive Officer (CEO) Abdus Salam Azad is playing a similar game in Bangladesh's banking sector.The huge sums of defaulted loans of Janata Bank Limited (JBL) are confined within a handful number of loan defaulters like Anon Tex Group, Crescent Group, Bismillah Group etcetera.
The amount of defaulted loans in Janata Bank Limited has reached approximately 16 thousand crore taka. Out of this amount, Crescent Group and Anon Tex Group have defaulted loans of nearly 9 thousand crore taka.According to financial sources, Abdus Salam Azad buys bad loans from other banks and makes money out of those amounts which is a gross violation of banking ethics.
Allegedly Abdus Salam Azad is associated with some ill-famed companies some of which were blacklisted by the Jatiya Sangsad. Reports state that Abdus Salam Azad has entered an unholy alliance with a  vicious quarter of Bangladesh Bank officials and thus going on with his diabolic financial activities.Reports have surfaced that the inspection team of Bangladesh Bank has suggested the  central bank to remove Abdus Salam Azad from the Managing Director post of Janata Bank Limited.
Banking sources have further stated that Bangladesh Financial Intelligence Unit (BFIU) has identified the involvement of Abdus Salam Azad in the financial scams and money laundering committed by Anon Tex Group. A senior official of Bangladesh Bank told The Asian Age on condition of anonymity that the central bank could not go for proper supervision of banks during last two years due to Covid 19 pandemic. Otherwise many more anomalies done by Janata Bank would have been found, he added.
Allegations further show that Janata Bank Limited's higher officials have bought fake export bills and have paid big sums of loans to different business enterprises who have defaulted most of the loans they took from Janata Bank Limited.There are also allegations that Abdus Salam Azad claims he has sound affiliations with intelligence agencies, Finance Ministry, Anti Corruption Commission and government high-ups and thus he tries to threaten media.
Janata Bank Limited has not been even able to keep healthy provisions against its loans. The bank needed to keep provisions of 16 thousand 83 crore taka at the end of 2020 while the bank could keep provisions of only 4 thousand 367 crore taka.
There are audit observations on 46 thousand 239 crore taka belonging to Janata Bank Limited. In 2019 Janata Bank Limited had 50 losing branches which rose to 51 in 2020. Janata bank incurred a net loss of Tk5,054 crore in 2020, mainly as the bank fell prey to loan irregularities and money laundering years ago by apparel manufacturers Crescent Group and Anon Tex Group.
Bangladesh Bank (BB) on 5 January 2022 approved rescheduling the loans of Anon Tex Group on certain terms and conditions. Anon Tex Group so far has defaulted loans of 6, 550 crore taka. There are also allegations of forgery against Anon Tex Group. Reportedly Janata Bank Limited is still refinancing Anon Tex Group.
Including Anon Tex Group's defaulted loans, Janata Bank Limited's total defaulted credits amounted to 13 thousand 837 crore taka till September 2021.
From January 2017 to February 2018, Crescent Group scammed and defaulted loans in the amount of Tk 3,443 crore of the bank, according to a case filed by the Anti-Corruption Commission (ACC) in 2019.
A big portion of the embezzled money was siphoned off abroad according to case papers. Crescent Group Chairman MA Kader, his brother Abdul Aziz, who is the head of Jaaz Multimedia, and 13 others were accused in the cases.
On the other hand, 22 companies of Anon Tex Group were given about Tk3,527.9 crore in loans by Janata Bank between 2010 and 2015, which is more than 25% of the lender's capital base and in violation of the single borrower exposure limit set in the Bank Company Act 1991.As of September 2021, the total loans held by Anon Tex group stood at Tk 6,528.6 crore.
Of the sum, Tk 2,800 crore was defaulted loans that were rescheduled in 2019.Former adviser to caretaker government Dr. Wahid Uddin Mahmud said, "The authorities concerned should work hard to constitute good governance and accountability in the banking sector. At the same time it is essential to keep banks away from political influence. Bangladesh's economy is likely to fall into insurmountable pitfalls if the banking turf cannot be streamlined."
Bangladesh Bank's former Governor Dr. Salehuddin Ahmed said to The Asian Age, "The government should have been more cautious about the appointment of the officials in state-owned banks including Janata Bank Limited. Controversial figures should not be put in higher posts in banks. The government cannot avoid liability if a state-owned bank sinks into losses or if its defaulted loans soar."
Bangladesh Bank's Executive Director and spokesman Sirajul Islam said to The Asian Age, "Bangladesh Bank will go for actions against Janata Bank Limited if the bank violates the terms and conditions on which the loans of Anon Tex Group were rescheduled."
Professor Anu Muhammad of Jahangirnagar University told The Asian Age, "A few number of unscrupulous, corrupted and immoral bankers have spoiled the banking sector of Bangladesh. As a result the country's banks and financial institutions have gone into the grips of financial culprits."The Asian Age called Abdus Salam Azad on his cell phone number several times but he did not answer the phone calls.