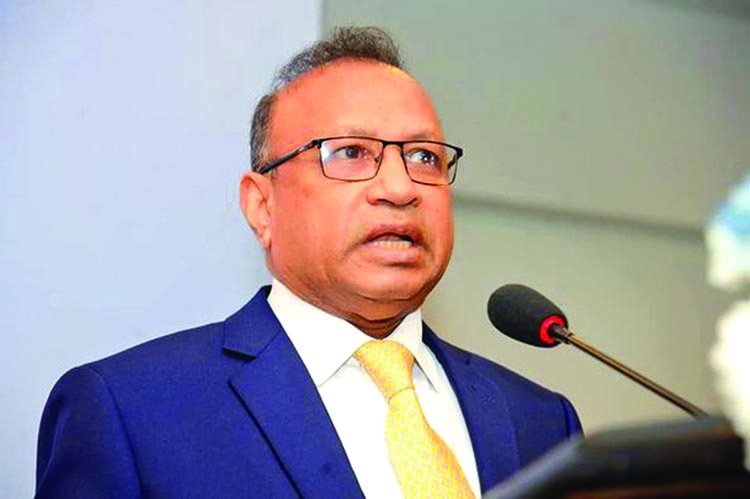 Local Government, Rural Development and Cooperatives Minister Md Tazul Islam on Monday said the Narayanganj City Corporation (NCC) poll has been held in a free, fair and neutral manner, which has been directly monitored by the international community. "The whole nation and international community have monitored the NCC poll, which has been held using the electronic voting machines (EVMs). Foreign diplomats stationed in Dhaka shared a message among themselves that the poll was held in a free and fair manner," he said.
The minister made the statement responding to a question from reporters after a meeting with Indian High Commissioner to Bangladesh Vikram K Doraiswami at his ministry office in the secretariat in the capital, said a press release. Noting that the mass media directly observed the poll where the Awami League (AL) backed candidate won the election with huge margin, Tazul said there is no scope of vote forgery through EVM. About using EVM in all elections across the country, he said it (EVM) is a new system in Bangladesh. Hence it will take some time for adoption to use the machine in all polls, the minister added.
Speaking about meeting with the Indian high commission, Tazul said India has expressed interest in building infrastructures for kitchen market at the upazila and municipality levels across the country. "The Indian government wants to take part in our development work as a neighboring friend in trading daily essentials like vegetables, fish and meat. We will take initiative in this regard if they place (formal) proposal," he added.