R Madhavan wants to be fit like Hrithik Roshan 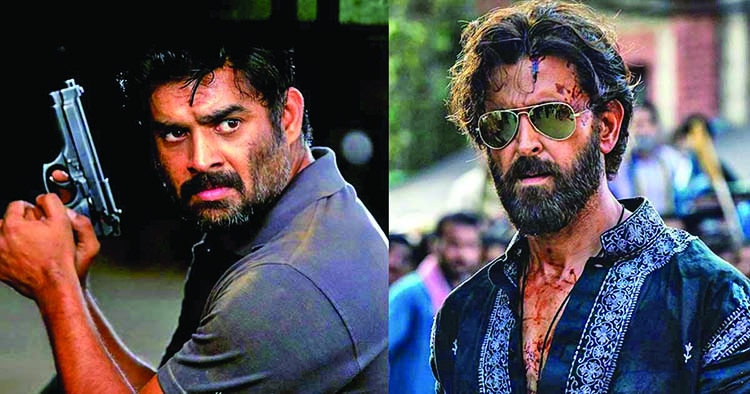 Actor R Madhavan is all praise for Hrithik Roshan. In his recent interview, the actor said that he wants to do 'all the kind of films' that the War actor does. In fact, he also wants to be 'fit like him' in order to star opposite Katrina Kaif. His comments came a few days after he dropped a gracious comment on Hrithik's first look from Vikram Vedha's Hindi remake.
"I have huge admiration for him. We both started off at the same time. He looks like a Greek god even now and does phenomenal action. But merely desiring it won't help me. I need to be fit like him, to be able to star opposite Katrina Kaif," Madhavan told Hindustan Times in an interview, adding that as an actor, he likes to play by his strengths, which are the script, the story and the character. Vikram Vedha originally starred R Madhavan in the lead role. While Madhavan was seen playing Vikram, a role which will be played by Saif Ali Khan in the Hindi remake, Hrithik steps into the shoes of Vedha, played by Vijay Sethupathi.
The first look of Hrithik as Vedha was released on his birthday, earlier this month. The look received heap of praise from his fans and even Madhavan. "Now that's a Vedha I do want to see. Wow bro, this is epic. Damn," Madhavan wrote in a tweet. On the work front, the 51-year-old was last seen in Netflix's Decoupled.