Injury concern for Mash ahead of BPL 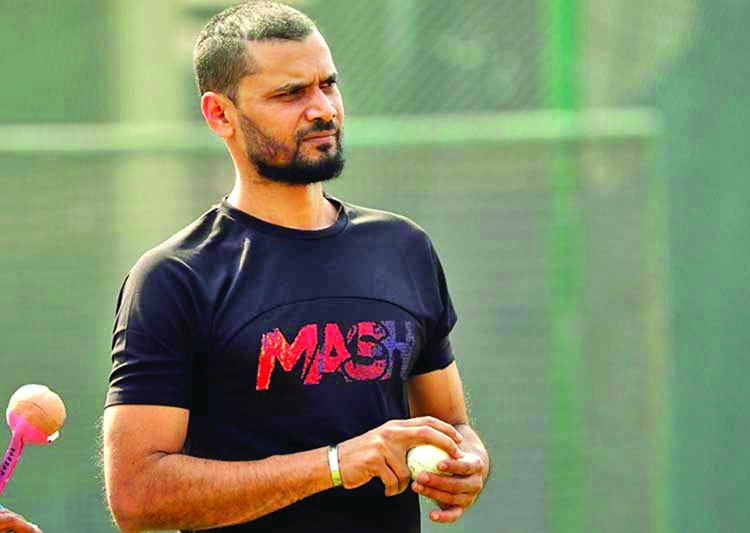 Former Bangladesh captain Mashrafe Bin Mortaza became doubtful in the upcoming Bangladesh Premier League (BPL) from the beginning after he sustained a back pain during Minister Group Dhaka's practice session at the academy ground of the Mirpur Sher-e-Bangla National Cricket Stadium on Tuesday. The chance of getting Mashrafe at the beginning of BPL is unlikely as his fate will completely rely on his fitness and how rapidly the pain subsides, said Dhaka physio Enamul Haque.
"Mashrafe did not bowl due to chronic back pain. Team management will not take any risk with him. Whether he plays or not depends on being pain free and fit. In this case, the probability of playing in the first two matches is fifty-fifty. Nothing can be said before the pain subsides," Haque said on Tuesday. On Tuesday, Mashrafe came to practice at BCB Academy ground and warmed up for a while. Then he started bowling to TamimI qbal. After bowling for a while with short run-up, he tried to bowl with the long run-up.
The first time he was able to throw the ball with long run-up but the next two times he could not and then he lied down on the ground with pain. Regarding Mashrafe's long run-up bowling, Enamul said, "In fact, Mashrafe tried to bowl with the long run-up to understand hi bowling. But at the end he could not because of the pain.
Earlier, in a question on Mashrafe's fitness, Dhaka coach Mizanur Rahman Babul said, "Mashrafe came later in the Bangabandhu T20 Cup and won the match, but did not play at the beginning. This time he has reduced about 10 kg weight to play in BPL. His preparation was like that. I think Mashrafe is Mashrafe and he will play regularly."       Mashrafe last bowled on December 18, 2020 during the Bangabandhu T20 Cup. After that he did not play in any other competitive match. He was supposed to return with the one-day version of BCL, but could not because he was not fit.