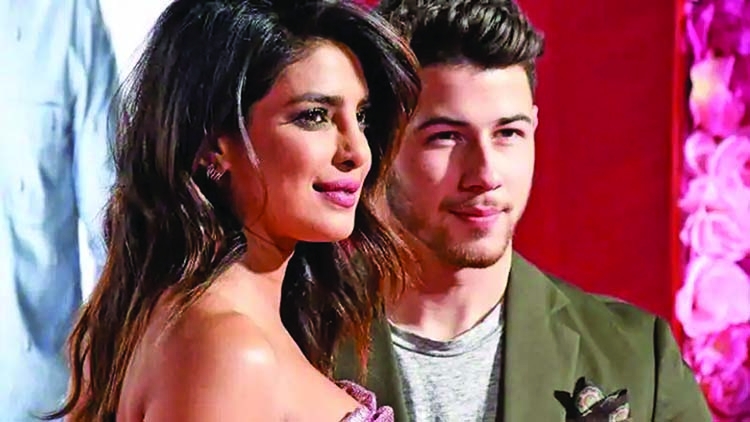 On Saturday midnight, actress Priyanka Chopra and singer Nick Jonas announced that they had become parents through surrogacy.Nick and Priyanka shared identical statements on social media, announcing the birth of their first child. "We are overjoyed to confirm that we have welcomed a baby via surrogate. We respectfully ask for privacy during this special time as we focus on our family. Thank you so much (heart emoji)," they wrote.
Priyanka and Nick had been wanting to have a baby for 'quite sometime' and eventually met an agency in California to explore surrogacy options, where they met their surrogate. "Their busy work schedules also mean that it's difficult for them to physically be together to conceive when she is ovulating, so some time ago they went down the surrogacy route. This is the woman's fifth surrogacy. They met her and really liked her," the source told the publication.
The surrogate and the baby girl are reportedly in hospital under observation, given the premature delivery. Nick and Priyanka are apparently waiting for the baby to be healthy enough to be moved to a hospital in Los Angeles. Priyanka is said to have planned her work schedule keeping in mind the April delivery date, which has to be reworked now.
Priyanka and Nick married in 2018 in a grand ceremony in India. Earlier this month, Priyanka had told Variety that having children is definitely a part of the couple's future. The actor was asked whether her mother, Dr Madhu Chopra hopes to become a grandma someday. "They're a big part of our desire for the future. By God's grace, when it happens, it happens," Priyanka said.
The couple, who got married in 2018, made the announcement on social media, much to the delight of their fans. Not just that, several international reports stated that the couple have welcomed a baby girl almost 12 weeks early.
While the first-time parents are yet to make any further statement or share a photo, their friends from across the world have sent their love and wishes. One of them was Priyanka's close friend and socialite Natasha Poonawala. Taking to Instagram, Natasha shared some unseen photos with the couple and wished them the best.
Many of the popular friends of the couple also showered them with love on hearing the news of them welcoming a child. "Omg HUGE CONGRAAAAAATS WOW WOW WOW," commented lyricist Ryan Tedder, he had written some songs of the 2019 Jonas Brother's album 'Happiness Begins'.
In one photo, Priyanka and Nick can be seen cosying up for the photo as they pose with their friends on a yacht. In another photo, we can see the two fashionista divas, Priyanka and Natasha, dishing out their best side. Sharing the photos, Natasha wrote, "Congratulations PC and Nick!! Thrilled for you guys… brace yourself for life's greatest joyride! Wish you all the love and strength for this new chapter. From sleepless party nights to sleepless parenting nights! - with you all the way!"