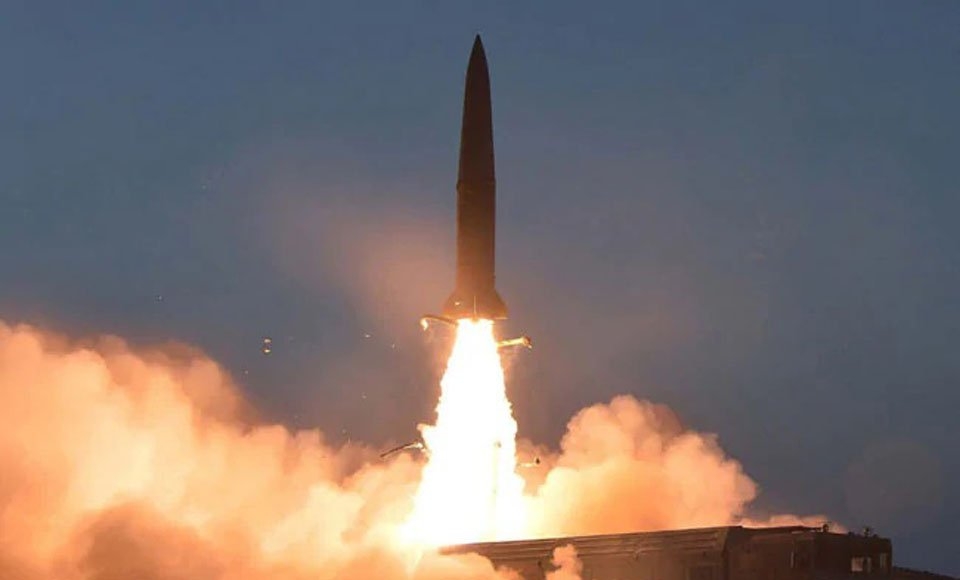 North Korea fired an "unidentified projectile" early Thursday, South Korea's military said, the nuclear-armed country's sixth weapons test this year.
"North Korea fired an unidentified projectile into the East Sea," Seoul's Joint Chiefs of Staff said, referring to the Sea of Japan.
The last time North Korea tested this many weapons in a month was in 2019, after high-profile negotiations between leader Kim Jong Un and then-US president Donald Trump collapsed.
Since then, talks with the US have stalled, and the country is reeling economically from biting international sanctions and a self-imposed coronavirus blockade.
Pyongyang fired two suspected cruise missiles on Tuesday, and has conducted at least four additional weapons tests this month -- including what it called hypersonic missiles on January 5 and 11.
Last week, North Korea hinted that it could resume nuclear and long-range weapons tests, which have been on hold since 2017.
The North's saber-rattling comes at a delicate time in the region, with leader Kim Jong Un's sole major ally China set to host the Winter Olympics next month and South Korea gearing up for a presidential election in March.