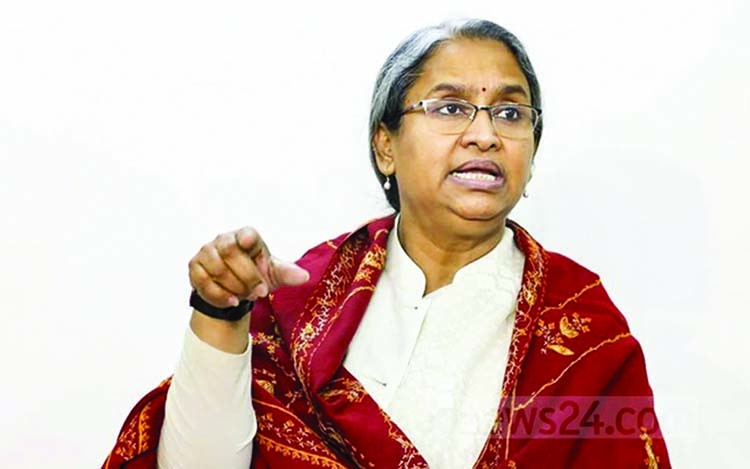 Education Minister Dipu Moni has refuted allegations of corruption against members of her family in the planned land acquisition for the Chandpur University of Science and Technology. She spoke about the issue at her home in Dhaka on Thursday, calling for an immediate investigation into the allegations, bdnews24 reports.
The authorities are planning to set up the university on an over 60 acre piece of land at Laxmipur village in Chandpur Sadar Upazila, some four kilometres south from the town, after the project was passed in 2020. The administrative approval for the acquisition of land to establish the university came on Apr 6, 2021. Dipu Moni's family members have been accused of manipulating the land acquisition to embezzle billions of takas in recent reports. The minister claimed the reports were part of a conspiracy ahead of elections.
Despite the allegations, the academic activities of the university are expected to begin in the next academic year, she said. "Someone may halt the construction of infrastructure with conspiracies, but development activities won't stop."She said her elder brother, who is a doctor, had bought the land on which the university is supposed to be built, to establish a hospital and an old-age home.
He transferred the land when the land acquisition process began for the university."Others may have land there, but that is their personal matter. I know nothing about this. I have seen their names now."Dipu Moni also spoke about the people named in the reports for their alleged involvement in trying to get higher price of land from the government.
"Jahidul Islam is not my cousin. I've political ties with him. There's no doubt he is quite close to me, so is every other politician of Chandpur.""And Selim Khan is the president of the Awami League in a union. He was elected chairman with the boat symbol. Like the chairmen of 20 other unions, he is close to me."
The minister claimed neither she nor do her family own land in the proposed site for the university. "There is no financial benefit for me or my family. The reports linking my family are baseless and they have an ulterior motive.""Election is ahead, so we must look at the timing (of the allegations) as well. Someone must have done it deliberately."