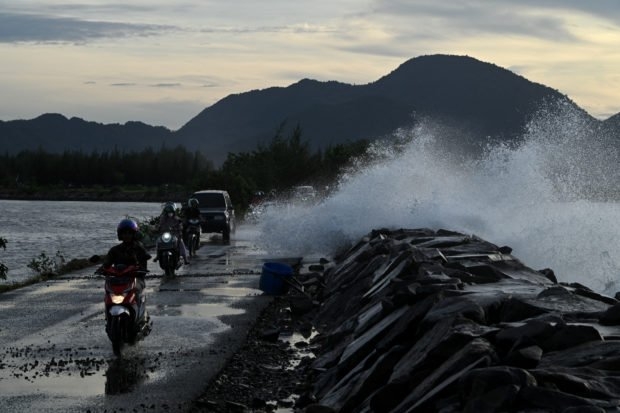 At least 10 Indonesians died after tidal waves swept away a group of people meditating on a beach during Sunday's early hours, police said.
The group of 23 people was holding hands and meditating on Payangan beach, East Java province, shortly after midnight.
"They were too close to the sea and could not save themselves when the tidal waves came and swept them away," local police chief Hery Purnomo told TVOne.
Ten bodies had been retrieved from the ocean and 12 people rescued alive. One more person, a 40-year-old man, was still unaccounted for.
It was unclear what kind of ritual the group was performing in the predominantly Muslim region, Purnomo said, but it was led by a spiritual guru who survived the incident and would be questioned.
Local media reported that some of the victims, who all came from nearby towns, were related.
Regional military commander Batara Pangaribuan told TVOne the beach was usually guarded and closed after dark but the group somehow found a way onto it.
Officials had warned visitors not to swim or get too close to the water because of recent reports of high waves.
"The beach has been relatively quiet lately because of the pandemic and even if there are visitors they would just sit around and not swim because of the high waves," Pangaribuan said.
High tides and strong waves are common on Indonesian beaches, where safety measures for visitors are often lacking.
Last year two domestic tourists died after they were taken by the waves on a beach in Malang district, East Java.
And in 2019, five people vacationing on a beach in Lampung province died after being swept away by high waves.