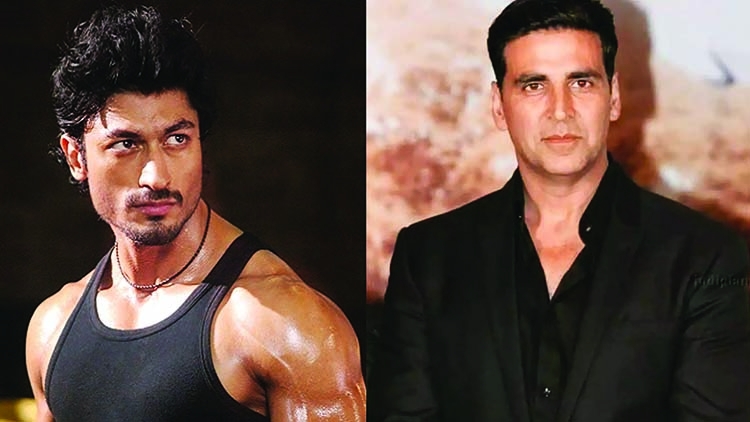 Focus, Control, Determination, Balance, Discipline - these characteristics are what truly define a warrior! As a nation, India owes its rich heritage to the might of numerous selfless warriors who fought for the honour of this country. In an ode to the real yoddhas and the ancient tradition of Indian combat forms, Discovery Network is all set to bring a one-of-its-kind reality show, India's Ultimate Warrior, premiering on discovery+ on March 04 at 6 AM, while the broadcast premiere of the show is scheduled for 8:00 PM on March 14 across 12 Discovery channels including Discovery Channel, Discovery HD, Discovery Tamil, Animal Planet, Animal Planet HD, TLC, TLC HD, Discovery ID, Discovery ID HD, Discovery Science, Discovery Turbo, and Eurosport.
Hosted by one of India's primal action superstars and top martial artists, Vidyut Jammwal, who debuts as a Dojo master, the show will also have the OG Khiladi Akshay Kumar as honorary Dojo Master in the third special episode premiering 11th March on discovery+ and 16th March on Discovery Channel.
In a bid to give India its next 'Mahayoddha', the series produced by Base Films will have Dojo master, Vidyut command a 'fight camp' along with mentors namely - Shifu Kanishka, whose love for martial arts made him craft his own style Shifu Kanishka Combatives, Shaun Kober, a former Rugby player who served the Australian army, Bi Nguyen AKA Killer Bee, an expert in Muay Thai, one of the hardest martial arts in the world and Mykel Hawke, a Former U.S. Army Special Forces officer. Each mentor would guide and train 4 students, as they perform the most daunting challenges and sought-after tasks to emerge as the ultimate winner.
From a police officer to a boxer, an archaeologist, a corporate professional, a taekwondo athlete, and a wrestler - India's Ultimate Warrior will have contenders across walks of life go through a series of well-crafted challenges and gruelling training. Over 6 episodes, these multi-talented and skilled contenders would be pushed to their absolute limits through unique tasks like Knife fighting, Kushti wrestling, Epic Sumo Clash, Aki Kiti Kick fighting, rope climb fighting, water gauntlet amongst many others. Not only will they be tested physically on their strength, speed, stamina or fighting skills, but also on the mastery of mental warrior qualities i.e., strategic intelligence, honour, grit, and the ability to adapt.
On being the Dojo master for the show, Vidyut Jammwal said, "It was enriching for me to play the host as the Dojo master especially because I have lived this subject. To put the students through a certain set of obstacles which needed mental strength to be able to perform the physical feats was the idea behind the show when I first began training. With a one-of-a-kind concept, combined with well-researched, expansive challenges, ranging from Kalaripayattu, to Krav Maga, the show promises a unique visual offering unseen and unheard before in the reality genre in India."
"I was 9 when I started practicing Martial Arts and I owe everything I am today to this art form. When discovery+ reached out to me to be a part of India's Ultimate Warrior revolving around combat disciplines as a guest, I was instantly intrigued by the same. India's Ultimate Warrior is a standout in the reality genre for its intent and authenticity and I am sure, the series shall open to positive audience reactions." said, Akshay Kumar on being a part of the show as a special guest."
Talking about the launch of the show, Megha Tata, Managing Director- South Asia, Discovery Inc. said, "Our primary aim with this series is to disrupt the category of reality content in India and offer an authentic show that throws light on the true virtues of a warrior that has been ingrained in the Indian psyche for ages.
Through its unique format and scale of production, India's Ultimate Warrior shall emerge as a clutter breaker and help us set a benchmark in the reality genre. We hope that by harnessing the power of martial arts maverick Vidyut Jammwal and with the dynamic presence of the biggest action superstar Akshay Kumar, the show will offer unparalleled entertainment and a differentiated viewing experience to our audience".India's Ultimate Warrior attracted premium advertisers on-board. Policybazaar.com and Thums Up are co-powered by Sponsors while Spotify is the Partnered Sponsor for the show.