Shamita and Raqesh are working on their differences 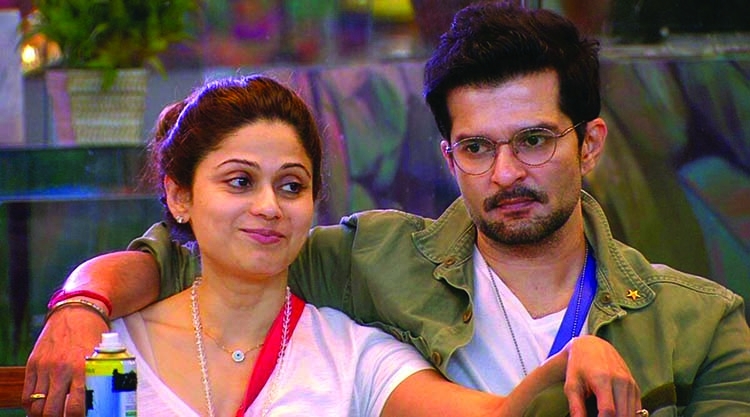 Shamita Shetty and Raqesh Bapat made heads turn last night by making an appearance together at an event. The couple walked hand in hand quashing their break up rumors. There have been reports of Shamita and Raqesh's separation for quite a time now. The reports suggest that the couple have been fighting every day over their differences and have ultimately stopped talking to each other.
While Shamita and Raqesh both refused their break up reports and insisted that they are very much together. A very well placed source close reveals, " Shamita in Raqesh do have differences like every couple has but that doesn't mean it's the end of the road for them.
They both truly love each other and do not want to lose this special relationship and hence they're working out on their differences. Shamita has worked immensely hard to get this recognition and now is looking forward to working in film and web series as now is the best time for any actors and the same goes with Raqesh. He too wants to explore opportunities for himself. Amid this, they are not able to decide on how to work on their relationship as Raqesh base in Pune and it becomes difficult for him to travel almost every time".
Reports also suggested that Raqesh wants Shamita to shift with him to Pune and the actress was not very happy with this decision of Raqesh and so they have been fighting. However, a source close to us informs us, " Raqesh hasn't forced his decision on Shamita ever, She is an independent individual and knows what is right and wrong for her. Yes, they fight and have differences but that's very personal.
The couple is unhappy with these baseless reports around them and so they both have decided to not speak about it all. Raqesh and Shamita are right now very much together and they want to be in LOVE with each other forever, " concluded the source.