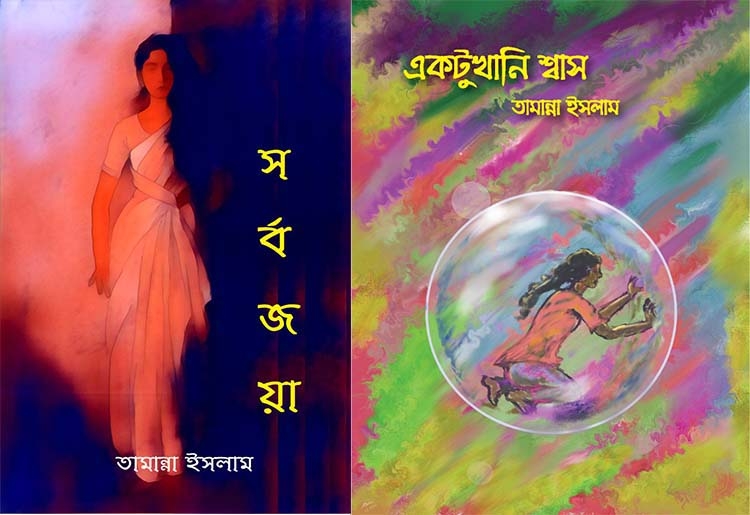 Tamanna Islam is born and brought up in Dhaka, graduated in Computer science and Engineering from BUET and started career as faculty there. Now she lives in the United States and serves as Software Engineer at Intel. Tamanna started writing in Bangla Blogs and Facebook groups that derivedfrom her passion for reading and eventually to become a writer one day.
She writes regularly in major newspapers and portals on nature, music, books, film, lifestyle, and people. She is also involved invarious capacities to organize Bangla cultural programs at her locality. Tamanna has seven book publications from Bangladesh till February 2021.All earnings from the sale of her books are solely donated among the poor and underprivileged children of Bangladesh. "Ektukhani Shash" is her Poetry book and "Sharbo joya" is her short storybook.
In February 2016 Book Fair,"Polatok Shritee", written by Tamanna Islam,was published by ShamograProkashan. The short storybook containsmainly love stories, but few stories are collections of real life also. The Preface of the book is written by renowned author andjournalist, Mr. Anisul Haque.
The Article "Probashinir Ananda Bedona" was also published by ShamograProkashan in the same year. It was centered on life in a foreign country. The main focus was to illustrate the daily lifestyle of the people around, especially womenfolk of Bangladesh and young people who are still studying to develop themselves to succeed in life. Her respected teacher at BUET, Mr. Kaikobad had written the preface of this book.
Her book "Bhalobasa Odhara'' was published by Oitijjhya in February 2017. The book is dedicated to all the women of Bangladesh whose different lifestyles and strong mentality captivate the author. The book consists of 19 short stories. Diversityof people's lifestyles and humanity are the main themes of the stories inthis book.  The characters in her stories, maybe her neighbors, who might be little known to her,are beautifully portrayedwith their feelings whichmay astonish the readers. Beinga woman herself, she came across those women who helped her understand their emotions and different lifestyles. People living all around her and their lifestyle, ups and downs were depicted spontaneously and gracefully in her stories, especially the different facets of women's life such as their emotions and struggles. Humanity is another elementthat dominates her writing. She always tries to extricate the problems of the society, particularly of the left-out women, and through her writing, she tries to encourage them to build their life in a more boldway to sustain in this harsh world with respect and dignity. 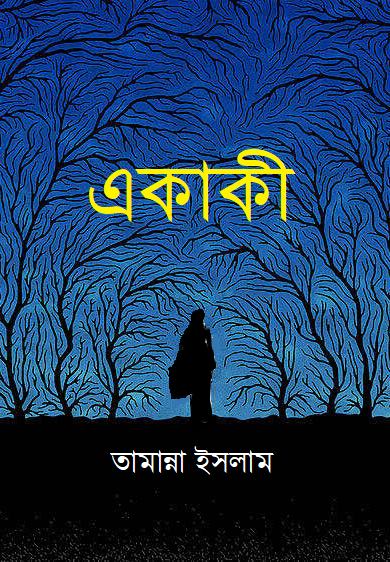 "Ekaki" is a novel of her which was published by ShamograProkashan in February 2018. The book is dedicated to her Bengali school teacher, Ms. Ismat Mohsin. The novel depicts the story of a suppressed youngster, Nitu who is a well-known character to us. At the start of her life, she falls into a dangerous trap for a silly mistake that made her life hell. She, at last, succeeded in surviving that disaster and moved past the traumasall by herself alone. During that struggle-some period, she forgot that she had profoundlove for someone that was also unknown to her. She struggled to survive in society and to her own family. Then came the character Adnan in her life who is the father of her daughter's friend. Adnan was also initially confused about how to approach Nitu. Finally, both overcame their confusions and got married and have been livinghappily with their two daughters.

Pro Prokashoni published her book "Meye" in February 2021. She dedicated this book to her belovedhusband Ezaz. The book has 13 short stories. The name of the book is itself self-explanatory because the author is a woman and most of her stories are surrounded by the stories of womenkind. The stories of this book revolve around incidents be it small or big happening all the time with human beings. Every human being's life is a story itself. Their emotions, success, demotion, love, sorrow - everything is portrayed in the characters especially the female ones. The stories of "Chumu" and "Khuda" are based on Covid-19 situations. "Shontan" is a different one based upon the drug addiction of adolescents.
The above-mentioned five books and the stories seem very natural and sometimes it gives the feeling that it resonateswith our own lives. However,it seems that all her thoughts are woman centric. She canalso explore other facets of life such as the beauty of nature, human lifeand the lives of men also. The cover of her books canbe more attractive, vibrant, and meaningful.
The writer is a Freelance Content Writer and works as an Invigilator, Examination Department, British Council, Dhaka, Bangladesh; [email protected]; +880 1712-240424