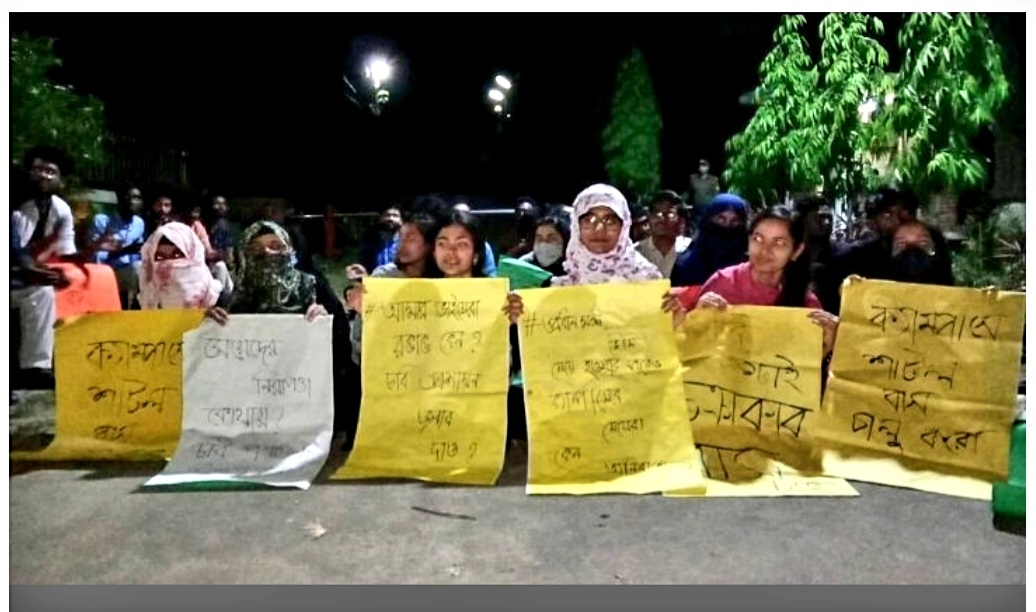 Students have blocked the road in front of the Vice-Chancellor's residential building
Students of Chittagong University (CU) have blocked the road in front of the Vice-Chancellor's residential building demanding the start of circular bus service inside the university.On Friday (April 15) at around 7 pm, about one hundred students were seen sitting in the streets with chanting slogans on recent matter. Earlier, leaders and activists of several groups of Chhatra League locked the Zero Point gate in protest of beating a student yesterday.The agitating students said that the university students are constantly being harassed by local CNG and rickshaw drivers. They said, if the circular bus system starts on campus, student harassment will be stopped.Acting proctor Dr. Shahidul Islam told The Asian Age that the bus service inside the university has been stopped since the Katapahar road was constructed. In addition, to protect the biodiversity of the university, there are instructions not to move buses on the campus. That is why, we are discussing how much logical this demand of the students is. Action will be taken subject to discussion with all the body.When our correspondent highlighting the issue of teachers' buses running on the university campus, the proctor said that a limited number of buses are running for teachers. Which is causing biodiversity problems.  However, if more buses run for students, this problem will take a terrible shape. None the less, we are always concerned about the facilities of the students.Earlier, on April 11, three students of Chittagong University were injured in an attack by a CNG driver in the rail crossing area of ​​the university. Later, on April 14, the same incident happened again.  At that time, the locals attacked 12 students of the university.
Report: Emran Emon || CU Correspondent