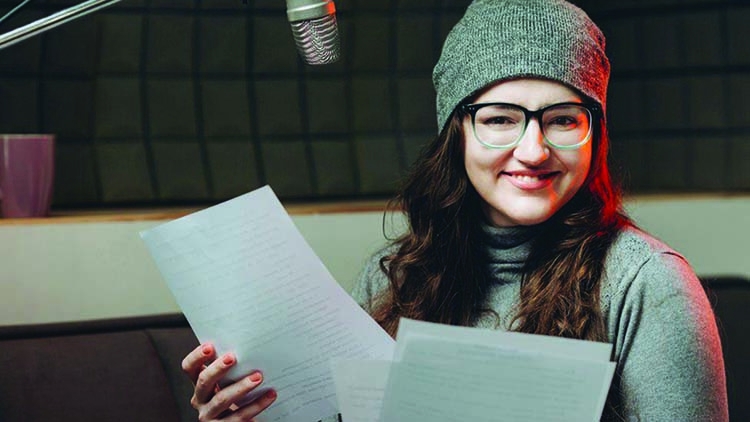 Audio artists were particularly concerned about losing out to AI. -Getty
Actors' livelihoods are at risk from artificial intelligence (AI) unless the law changes, a union warns. Equity, the performing arts workers union, has launched a new campaign, "Stop AI Stealing the Show". AI can use samples of an actor's voice or face, to generate content including so-called "deep fakes". "From automated audiobooks to digital avatars, AI systems are now replacing skilled professional performers" the union says.It warns of "dystopian" consequences unless copyright law adapts. Equity highlights a number of different ways actors' voices and likenesses may be used.
For example actors may work with AI firms to create systems that can generate artificial voice-overs or to help them create digital "avatars". And "synthetic" performances can be created using AI, in some cases even allowing deceased actors to appear in films.While AI-generated performances can be a useful creative tool, the union is concerned that actors may not always be able to control the use of their likeness, or their likeness may be used without consent or adequate remuneration. AI generated "deep fake" videos of celebrities have become increasingly popular online.
Actor Talulah Riley who supports the campaign told the union "As a performer, it is vital that my voice and my image are my own, no matter how easily and cheaply those things can be digitally replicated. I believe that performers must be rewarded fairly for the content we create."Audio threat Where actors work with AI companies, most do not know their rights, and many are required to sign non-disclosure agreements the union says. In a survey of 430 of its members the union found that 93% of audio artists felt that AI posed a threat to their employment opportunities.
One respondent to the survey told the union: "In the last six months, my voice has been used in huge marketing campaigns by global companies. I don't receive a penny, even though I believe my contract does not allow for third party advertising." Equity said: "AI's increasing capacity to clone human voices presents a substantial risk that the voice owner will either be under-compensated or not paid at all .Equity says it is particularly concerned about the development of digital voice technology for automated audiobook creation. The campaign is backed by Bev Standing who sued TikTok over the use of her voice.
The Canadian voiceover artist recorded about 10,000 sentences of audio for the state-backed Chinese Institute of Acoustics research body to use in translations, in 2018. But her voice, Ms Standing alleged, was later used by TikTok in a feature which converted writing into speech, which could then be played over videos uploaded to the app, often for comedic effect.This included, Ms Standing claimed, videos where the synthetic voice repeated profanities. TikTok settled the lawsuit. Ms Standing told equity "I now only work with companies where I have control over where my voice gets licensed".
Government action The union argues existing copyright law does not give performers sufficient protection, because AI "reproduces performances without generating a recording or a copy". Equity wants the government to take action to protect performers' rights and wants reform of copyright laws to "keep pace with technological development".However there may be concerns that changes to copyright law could have a negative impact on free speech or stifle innovation.
The government told the BBC it wanted to ensure AI was regulated in a way that encouraged innovation "while protecting people and our fundamental values". "Our national AI strategy has a ten-year vision for seizing the opportunities of the technology and we will set out our approach to its governance in due course" a government statement said.
---BBC