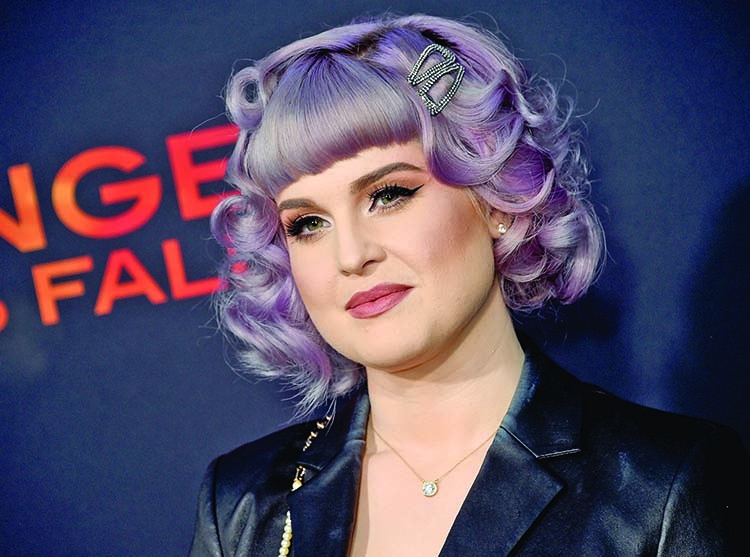 Kelly Osbourne is about to become a mother. The 37-year-old Fashion Police veteran revealed her pregnancy with her Slipknot rocker partner Sid Wilson on Instagram on Thursday, posting a photograph of her clutching an ultrasound photo.
"I know that I have been very quiet these past few months so I thought I would share with you all as to why… I am over the moon to announce that I am going to be a Mumma," she wrote. "To say that I am happy does not quite cut it. I am ecstatic." Though Osbourne and Wilson have known one other since 1999, when they met while touring with Ozzfest, the music event created by Ozzy and Sharon Osbourne, their connection has just become romantic, according to a source who spoke with PEOPLE in January.
"They have remained friends since [first meeting]," the source said. "They are very happy together." This Valentine's Day, Osbourne referred to Wilson as her closest friend and "soulmate," adding, "I am so deeply in love with you Sidney." Wilson, George. The couple is now planning to have their first child. Interestingly, Osbourne said last year that she wanted children but that her addiction had "robbed" her of life experiences over the years. Osbourne disclosed in April 2021 that she had relapsed after almost four years of abstinence. "This is a little hard for me to talk about, but I've always promised you that I will always be honest with you about where I'm at and what's going on in my road to recovery," she said at the time on her Instagram Story. "I relapsed. Not proud of it, but I am back on track."