Travis gets sued by Astroworld attendee 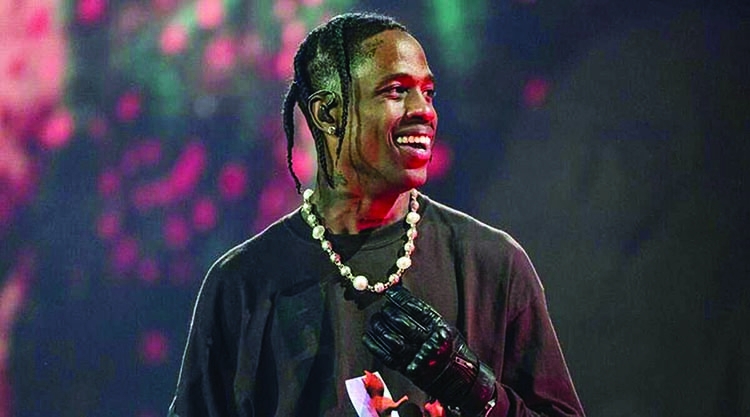 Travis Scott has been sued by an Astroworld attendee who filed a lawsuit against the rapper for wrongful death as she claims she suffered a miscarriage during the concert's crowd surge that resulted in the death of ten attendees. As reported by Entertainment Tonight, the woman claims to have suffered "horrific injuries" at the Astroworld tragedy.
According to Entertainment Tonight, Shanazia Williamson has sued the rapper stating that she was among the masses "trampled and crushed" at the 2021 music festival in Houston. She claims that the tragedy cost her the life of her and "[her partner Jarawd Owens'] unborn child." Williamson is suing not only Travis Scott who was the performer during the crowd surge but also Live Nation Entertainment and the operators behind NRG Park in Houston, where the festival was held.
As per the lawsuit, Shanazia is suing the defendants for "failure to plan, design, manage, operate, staff, and supervise the event was a direct and proximate cause of [her] injuries and death of [their] unborn child." It has not been revealed how far along she was in her pregnancy.
Travis has already been sued in several other lawsuits filed by Astroworld attendees including a USD 2 billion lawsuit filed by Texas trial attorney Thomas J. Henry on behalf of 280 victims of the fatal event. Following the tragic event that happened in November last year, the medical examiner determined that all 10 people who were killed during the festival died of "compression asphyxia."
Travis Scott had reacted to the incident on his social media as he shared a statement "I'm absolutely devastated by what took place last night. My prayers go out to the families and all those impacted by what happened at Astroworld Festival. Houston PD has my total support as they continue to look into the tragic loss of life. Scott's girlfriend Kylie Jenner had also shared a post on social media maintaining that she was heartbroken over the tragic incident.