Sanjay Dutt on his wife and kids shifting to Dubai 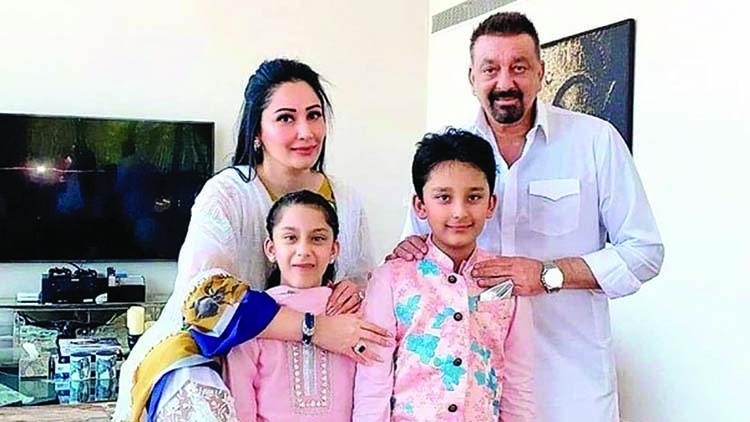 Sanjay Dutt is currently basking in the success of his recently released movie KGF: Chapter 2. Fans loved his portrayal of Adheera. The actor's kitty is filled with exciting projects in the coming year and we bet fans are quite excited to see him. It is indeed a busy time for the actor but in between his hectic schedule, he still looks forward to spending some quality time with his kids who are now living in Dubai. For the unversed, Sanjay's wife Maanayata and their twins have been living in Dubai for the past 2 years now. Sanjay travels back and forth to spend quality time with his family.
In a recent interview with ETimes, Sanjay Dutt revealed that he is happy that his kids are living there.
He said that his wife Maanayata also has her own things to do there. He added that he spends a lot of time with them in Dubai when he is not engaged with professional commitments. "I fly in and out. I will be with them during their summer break. I will go wherever they are."
When asked if shifting his family to Dubai was a conscious decision to keep them away from the limelight? Sanjay Dutt revealed that he saw that his family loves it there. The kids like their school and the activities. Maanayata's business has settled there. He added that sending his family there was not a planned movie and it just happened on its own. "Maanayata was doing her own business in Dubai, it clicked and she went, and the kids went with her."
Concluding Sanjay Dutt said that he is happy to see his kids happy and their happiness is above everything else for him.