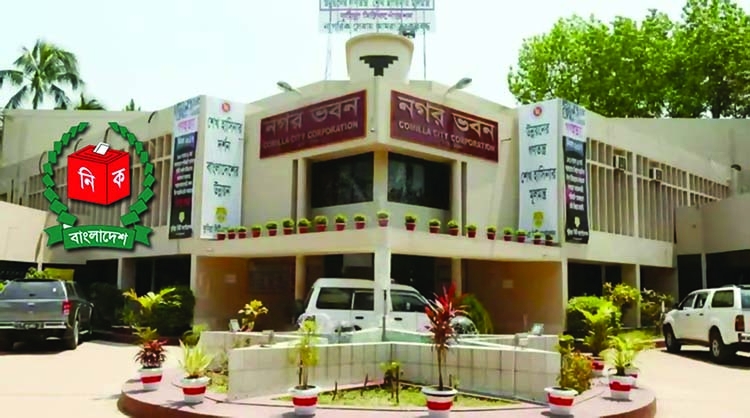 Arfanul Haque Rifat, general secretary of the Cumilla City Awami League unit, has got the nomination from the Awami League to contest the city corporation polls.
After getting the nomination, Rifat said, "I was nominated at a meeting of Nomination Board presided over by Prime Minister Sheikh Hasina. I am grateful to Almighty Allah for His blessings. I would like to urge all to work together to bring victory for the party."
To mention, a total of 14 aspirant mayoral candidates have sought nomination from Awami League in the upcoming Cumilla city corporation (CCC) election which is scheduled to be held on June 15.
Outgoing mayor Monirul Haque Sakku will contest the polls for a hat-trick win as an independent candidate.
It is mentionable that in 2012, Sakku defeated veteran Awami League leader Afzal Khan by over 30,000 votes in the first election, and his daughter Anjum Sultana Sima in 2017 by a close margin of 11,000 votes - at a time when the Awami League has been in power since 2009. Sima later became a member of parliament from a reserved seat, but she is among the 14 nomination seekers aiming to break Sakku's win streak.
According to party insiders, AKM Bahauddin Bahar, lawmaker of Cumilla-6 constituency, has been controlling a big portion of Cumilla Metropolitan Awami League. He has sought party nomination for Arfanul Haque Rifat, general secretary of the city unit.
It was assumed that the Awami League high-command will have to choose a candidate from two important families in Cumilla - Afzal Khan and AKM Bahauddin Bahar MP.
While talking to BNP leader Sakku, he said, "I contested the election before after resigning from party post. As BNP isn't contesting the city polls, I will contest the polls for the interest of city dwellers."
According to the CCC Returning Officer, four candidates have filed nomination for mayoral candidate namely- Monirul Haque Sakku, Nizam Uddin Kaisar, Md Rashedul Islam and Kamrul Ahsan Babul. A total of 134 aspirant candidates have filed nomination for general councillor post in 27 wards and some 30 candidates filed nomination for reserved councillor post in 9 wards.
--- Jahirul Haque Rasel in Cumilla