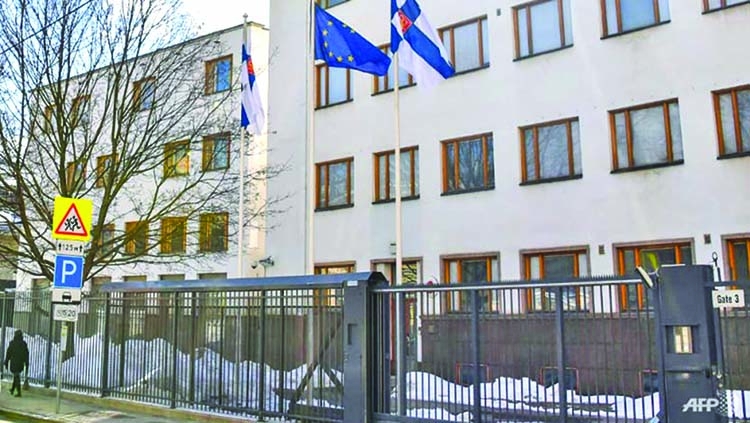 A photo of a woman walking past the Embassy of Finland in Moscow. Russia on March 29, 2018. -AFP
Moscow said on Tuesday (May 17) that two employees of Finland's embassy in Russia will have to leave the country in response to a similar move by Helsinki. The foreign ministry said in a statement that it summoned Finland's ambassador to Moscow and expressed its "strong protest" against the expulsion of two Russian diplomats from neighboring Finland in April. It also accused Finland of taking a "confrontational course" towards Russia, supplying weapons to Ukraine and "covering up the crimes of Ukrainian nationalists" against civilians. "The Russian side made a decision on the unacceptability of the further stay in the Russian Federation of two staff members of Finland's embassy in Moscow," the ministry said. Since President Vladimir Putin sent troops to Ukraine on Feb 24, the West has expelled dozens of Russian diplomats and Russia has retaliated in tit-for-tat moves. Finland shares a 1,340 km land border with Russia and recently confirmed its intent to join NATO after decades of military non-alignment.