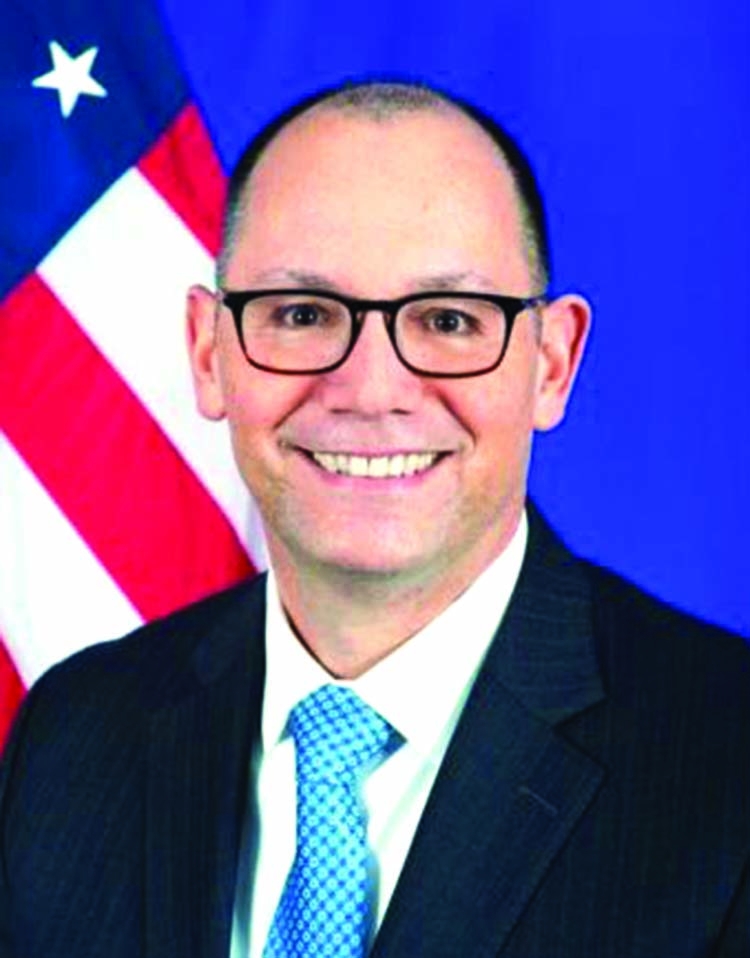 The United State (US) Ambassador to Bangladesh Peter Hass on Wednesday said his country wants to build "action oriented" deepening relationship with Bangladesh as Washington and Dhaka are being engaged in series of bilateral dialogues at different levels in this year.
He made the remarks to media as a quick reaction after holding a meeting with foreign secretary Masud Bin Momen at foreign ministry, BSS reports.
"We had a conversation about how we can continue moving our relationships forward and how we can (have) action oriented deepening relationship," Hass said. During the meeting, the envoy said, they talked about the "totality" of the bilateral issues between the US and Bangladesh and "how we can move forward".
The ambassador said they also discussed about issues related to all bilateral dialogues between the two countries held in the last couple of months. They also talked about the upcoming Bangladesh-US High Level Economic Forum to be held in Washington in the first week of next month. Currently, the ninth defence dialogue is going on between Bangladesh and the US as the two countries seek strengthening security cooperation in the changed geopolitical landscape. Security environment in the Indo-Pacific, military to military joint exercise, forces modernization, General Security of Military Information Agreement (GSOMIA), countering terrorism, humanitarian and disaster management are some of the highlights in the meeting.  Bangladesh and the US celebrated the 50th anniversary of establishing the diplomatic relations on April 4 with different events including bilateral meeting between Bangladesh foreign minister Dr AK Abdul Momen and US Secretary of State Antony J. Blinken in Washington. In the same month, Bangladesh and the US held the 8th round of security dialogue in Washington DC.