Biden has an eye on China as he heads to S Korea, Japan 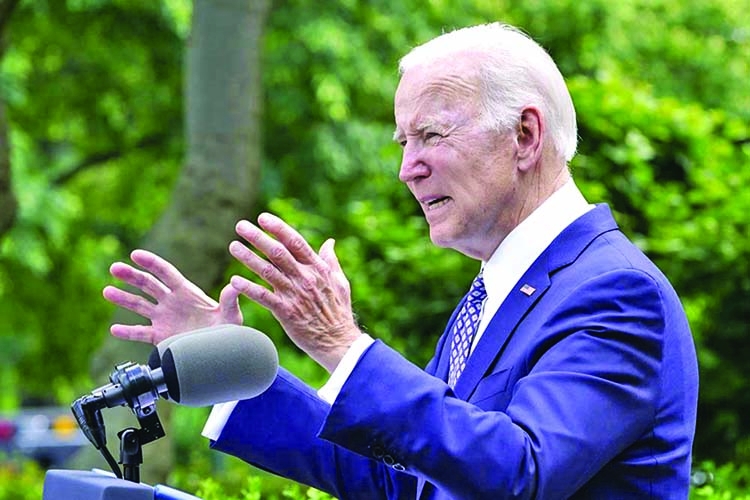 President Joe Biden departs on a six-day trip to South Korea and Japan aiming to build rapport with the two nations' leaders while also sending an unmistakable message to China: Russia's faltering invasion of Ukraine should give Beijing pause about its own saber-rattling in the Pacific.
Biden departs Thursday and is set to meet newly elected South Korean President Yoon Suk Yeol and Japanese Prime Minister Fumio Kishida. Their talks will touch on trade, increasing resilience in the global supply chain, growing concerns about North Korea's nuclear program and the explosive spread of COVID-19 in that country. While in Japan, Biden will also meet with fellow leaders of the Indo-Pacific strategic alliance known as the Quad, a group that includes Australia, India and Japan. The U.S. under Biden has forged a united front with democratic allies that have combined their economic heft to make Russia pay a price for its invasion of Ukraine.
That alliance includes South Korea and Japan. But even as Biden is to be feted by Yoon at a state dinner and hold intimate conversations with Kishida, the U.S. president knows those relationships need to be deepened if they're to serve as a counterweight to China's ambitions.
"We think this trip is going to put on full display President Biden's Indo-Pacific strategy and then it will show in living color, the United States can at once lead the free world in responding to Russia's war in Ukraine, and that at the same time chart a course for effective, principled American leadership and engagement in a region that will define much of the future of the 21st century," White House national security adviser Jake Sullivan said.
The war in Eastern Europe has created a sense of urgency about China among major U.S. allies in the Pacific. Many have come to see the moment as their own existential crisis - one in which it's critical to show China it should not try to seize contested territory through military action.