Today is the Third Friday of the Month of Shawwal 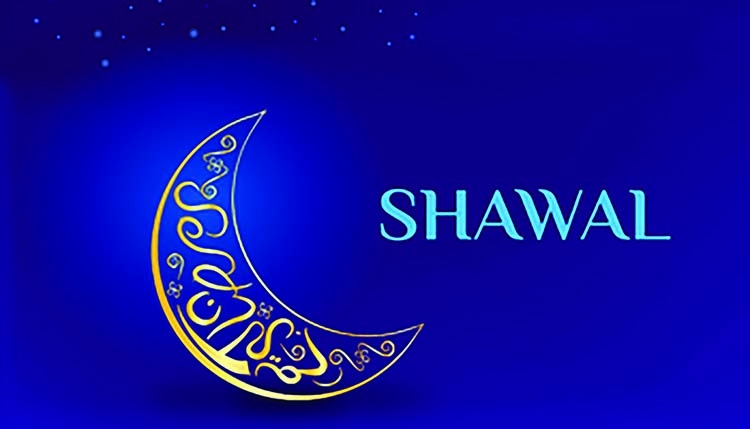 Today is the third Friday of the holy month of Shawwal. It means to be united, to be united, to be in line. This is called the "Jumu'ah prayer" because, on a certain Friday of the week, the adult believer-Muslim gathers at the same place at a certain time and performs this prayer with the congregation instead of the Zuhr prayer of that day. Although the time is the same, there are some regular differences between Zuhr and Jumu'ah prayers, and Jumu'ah is the day of the weekly Eid. The best day of the week. This day has a lot of importance and significance in Islam. The Prophet (peace and blessings of Allaah be upon him) described the great virtues of this day. He also gave instructions for different periods.

Friday of the Qur'an:
The importance of Jumu'ah and Jumu'ah prayers has been mentioned in the Qur'an by Allah Almighty Himself. Irshad said about the performance of Friday prayers, O believers! When the call to prayer is made on Friday, hasten to the remembrance of Allah and stop trading. That is better for you, if you only knew. Then when the prayer is over, disperse in the land and seek of Allah's bounty, and remember Allah much, that you may be successful. (Surah Jumu'ah: verses 9-10)

Provisions for Friday prayers:
Friday prayers have been made obligatory. The two rak'at obligatory prayers on Friday and the khutbah of the Imam have been substituted for the four rak'at obligatory prayers of Johar. A hadith has been narrated from Hazrat Tariq Ibn Shihab. He said, the Prophet (peace be upon him)He said that it is an essential duty (obligation) for all Muslims except slaves, women, minors and the sick to perform the Jumu'ah prayers in congregation. (Abu Dawood: 1067, Mustadreke Hakim: 1062, As-Sunanul Kabir: 556) Hazrat Abdullah Ibn Abbas (R.)According to a hadith narrated from, the Prophet (peace and blessings of Allaah be upon him) said that a person who omits the Friday prayers without a legitimate reason, his name will be recorded as a hypocrite in an office which will not be erased or changed. (Tafsir Mazhari, B-: 9, Page: 283) Hazrat Abdullah Ibn Masood (R.)In this regard, the hadith has narrated that the Prophet (peace be upon him) said about those people who stay away from the Friday prayers (do not read), surely I wish that I order someone to lead the prayers, let him lead the people. Then as for those who do not pray Jumu'ah, I will burn their houses. (Muslim: 652, Musnad Ahmad: 3617, Musnad Ibn Abi Shaybah: 5539, Asu-Sunanul Kubra: 4935)

Prohibited work on Friday:
There are some obligatory provisions in the period from the time of Azan to the end of the prayers. At this time some provisions have to be complied with. No work can be done outside the law. Such as being busy in business or useless work even after Azan. It is obligatory for the worshipers present to listen to the sermon. Therefore, it is not lawful in the eyes of the Shari'ah to engage in vain activities during the sermon.
Hazrat Abu Huraira (RA) said, Hazrat Rasulullah (SAW)He said, "If you tell your partner to keep quiet during the sermon on Friday, then you are talking nonsense." (Sahih Bukhari: 1/128)
It is strongly proved by the narrated hadith that it is obligatory to listen to the sermon in silence during the sermon and it is haraam to speak. It is also not permissible to offer sunnat-nafl prayers during similar sermons. According to another hadith, when the Imam goes out to preach, he will not pray or speak. (Meshkat: 3/432)
In Fatawa Shami, a reliable book of jurisprudence, a principle has been mentioned that the actions which are haram in the prayers are also haram during the khutbah. Such as: talking, eating and drinking etc. (Fataawa Shami: 3/35)

Special period:
Friday has unlimited virtues. The Prophet (peace be upon him) has mentioned these virtues in various hadiths. The Prophet (peace and blessings of Allaah be upon him) said in a hadeeth of Bukhari:
If not, then the prayer is offered as much as possible and the Imam is silent when he speaks, then his (sin) is forgiven till the next Jumu'ah.
On the basis of that hadith, the jurists have specified these acts. For example, taking a bath on Friday. The Prophet (peace and blessings of Allaah be upon him) made it obligatory for those on whom Jumu'ah is obligatory to take a bath on this day. However, according to the school of Ahnaf sunnat. 2. It is a good idea to cut nails and hair that day as part of cleaning. 3.Use of perfume for Friday prayers
Bukhari) 4. Miswak. (Ibn Majah) 5. Applying oil on the skin. (Bukhari) 6. Wearing good clothes to realize Jumu'ah. (Ibn Majah) 7.The worshipers are sitting facing the Imam. (Tirmidhi) 8. Going to the mosque on foot. (Abu Dawood) 9. Jumma day also Jumma night more and more durud lessons. (Abu Dawood: 1048) 10. Pray more and more on this day. (Bukhari) 11. Do not go forward in front of the mosque by gaping the worshipers. (Bukhari) 12. Reading Kahaf on Fridays. For the reader, Allah Ta'ala illuminates the time between the two Fridays.
Time to accept prayers on Friday: The most notable aspect of the virtues of Friday is that there is a time on this day when a believer prays and Allah accepts his prayers. A hadith has been narrated from Abu Hurairah. He said that the Prophet (peace and blessings of Allaah be upon him) said: There is a time on Friday when a believer prays to Allaah for something good, and Allaah will give it to him. (Sahih Muslim: 852, Musnad Ahmad: 7151, As-Sunanul Kubra: 10234) What is the most valuable time for Friday prayers to be accepted? There are 45 views on this. However, the most famous opinion is that it is the time of accepting prayers from the time of Asr prayers till Maghrib.
A hadith has been narrated from Hazrat Anas (RA). He said that the Prophet (peace and blessings of Allaah be upon him) said that the desired time of Jumu'ah is from after 'Asr to before sunset. (Musnad Ibn Abi Shaybah: 5460, Tirmidhi: 489)
Special Darud Sharif period on Friday: - Anas Ra. The Prophet (peace and blessings of Allaah be upon him) said: You should recite more and more Darood Sharif on Friday. Because Jibraeel (peace be upon him) just came with the word of Allah. Allaah says (interpretation of the meaning): When a Muslim in the world recites the Darood on you once, I bestow mercy on him ten times, and all my angels ask forgiveness for him ten times. Targib: 3/299 Hazrat Abu Huraira. Narrated from, the Prophet (peace and blessings of Allaah be upon him) said: The light will be on me when I recite the darood. A person who recites darood 80 times on a Friday is forgiven for 80 yearsIrshad said that a person who recites this Darood Sharif 80 times before leaving his place after Asr prayers on Friday, Allahumma salli ala Muhammadinin Nabiyyil Ummiyi wa Ala Alihi wa As Habihi Wasallimu Taslima. His 80 years of sins are forgiven and the reward of 80 years of worship is written in his record.
Finally, may Allah Ta'ala grant us the grace to perform our Jumu'ah deeds properly and after today's Jumu'ah prayers, I will pray to the Almighty for all the persecuted Muslims in the world. In this way, may Allah accept the last Friday of the month of Shawwal and may we all go to the house of Allah and perform it with a healthy body and mind. Amen.