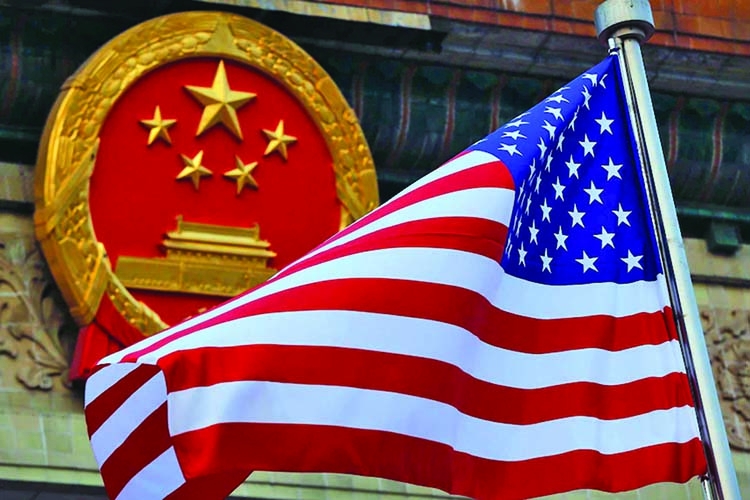 A Chinese American and four Chinese intelligence officers have been indicted on charges related to espionage and transnational repression, according to an indictment unsealed in federal court in Brooklyn this week.
Wang Shujun, 73, of Queens, New York, was arrested and charged by complaint in March with acting as an agent of the Chinese government and lying about his participation in a transnational repression scheme orchestrated by the Ministry of State Security, China's civilian intelligence and security agency, The Washington Post reports.
The indictment unsealed Tuesday accuses Wang and four MSS officers of orchestrating a scheme in which Wang, at the directions of MSS, spied on Chinese dissidents and human rights leaders in the United States and abroad. Prosecutors allege that the four Chinese officers sought information on specific individuals and groups that the Chinese government deems subversive, including pro-democracy activists in Hong Kong, advocates for Taiwan's independence, and Uyghur and Tibetan activists.
The four indicted officers are Feng He, also known as "Boss He," of Guangdong; Jie Ji, of Qingdao; Ming Li, also known as "Elder Tang" and "Little Li," of Guangdong; and Keqing Lu or "Boss Lu," of Qingdao. All four are at large.Wang will be arraigned at a later date, officials said.The indictment is part of a new initiative to combat transnational repression by the Justice Department's National Security Division, which is overseeing the case.
"We will not tolerate efforts by the [People's Republic of China] or any authoritarian government to export repressive measures to our country," the NSD's head, Assistant Attorney General Matthew G. Olsen, said in a statement. "These charges demonstrate the Justice Department's unwavering commitment to hold accountable all those who violate our laws in seeking to suppress dissenting voices within the United States and to prevent our residents from exercising their lawful rights."
According to prosecutors, Wang spied on fellow Chinese citizens and Chinese Americans in New York City and elsewhere, passing sensitive information on to his MSS handlers.
The Chinese Embassy in Washington did not immediately respond to a request for comment. But in March, responding to news of the charges against Wang and other defendants, Chinese Foreign Ministry Spokesman Zhao Lijian accused the United States of "unwarranted denigration and smearing against China."
"The accusation of 'transnational repression schemes' is totally made out of thin air," Zhao said then. "The US attempt to hype up 'China threat' and tarnish China's reputation is doomed to fail." Alan E. Kohler Jr., acting executive assistant director of the FBI's national security branch, said: "The Chinese government's aggressive tactics were once confined to its borders. Now, the PRC is targeting people in the United States and around the world."
According to prosecutors, Wang is a former visiting scholar and author who co-founded a pro-democracy organization in Queens that opposes the Communist regime in Beijing. Since at least 2015, however, they allege that Wang has secretly operated at the direction of the MSS. Given his stature within the Chinese American community in New York City, prosecutors say, Wang was able to induce activists to confide in him, including sharing their views on democracy in China, as well as planned speeches, writings and demonstrations against the Communist Party.
Wang allegedly communicated with his handlers using encrypted messaging apps and emails, as well as during in-person meetings in China. Wang would often memorialize information in email "diaries" to be accessed by the MSS, prosecutors said. These diaries included details about Wang's private conversations with prominent dissidents, as well as the activities of pro-democracy activists and human rights organizations. A search of Wang's residence revealed 163 such diary entries, the indictment says.
In one series of communications in November 2016, prosecutors said, Ji instructed Wang to meet with a particular pro-democracy activist at an event and "accomplish the task" assigned by the "Boss" or Lu. Ji noted that the activist had good contacts with "Tibetans, Uyghurs and Mongolians" and wished Wang luck at getting "good results," prosecutors alleged.
In another exchange that month, Wang informed Li he had "just finished chatting" with a prominent human rights activist, had asked the "necessary questions" and received "candid" answers. Li responded "great," with a thumbs-up emoji, and instructed Wang to record it in a "diary." At least one Hong Kong democracy activist that Wang reported on to the MSS, identified as "Hong Kong Dissident #1" in the indictment, was subsequently arrested by Chinese authorities, prosecutors allege.
The indictment also alleges that Wang handed telephone numbers and contact information of Chinese dissidents to the MSS, and falsely denied to the FBI that he had contacts with Chinese government or MSS officials.The case is being prosecuted in the Eastern District of New York.