Maternity Leave Practices around the World and in Bangladesh 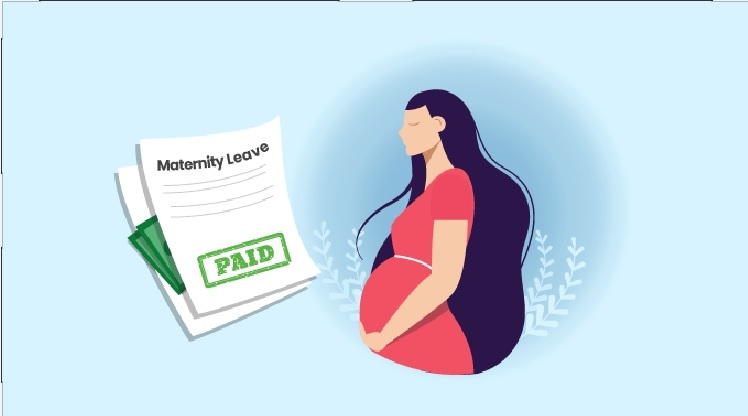 Taslim Ahammad
Employees who become pregnant are eligible to maternity leave, regardless of how long they have been working for the organisation or the number of hours worked per week.As the numbers of women employees are growing, the maternity leave and other maternity benefit must be common practice to all. In Bangladesh, very slightknown about maternity leave by women themselves before they become pregnant. Thus women are falling behind in their careers at Bangladesh as well as some parts of the world.
Maternity leave is usually defined as the time a mother takes off work for the birth or adoption of a child; it is the period of paid absence from work. Also, it may be termed as a period of approved absence for a female worker granted for the purpose of giving birth and taking care of new-born child. Most businesses refer to maternity leave as parental leave; it allows both mothers and fathers to take time off following the birth or adoption of a child.
Maternity leave covers the periods before, during and after new-born birth. It is the most exhausting time; however, becoming mother is the most precious experience in a woman's life. Spending time with the new-born is equally beneficial for the parents and the baby. Many studies have shown that when the mother takes out time to bond with her infant, this improves the physical and mental health of the mother as well the new-born. It encourages breastfeeding, reduces the risk of caesarean deliveries and can even save mother and infant's life. This role is universally acknowledged and firmly established as the vast majority of countries have adopted statutory or legislative provisions for maternity leave.This should be highlighted that maternity leave is not sick leave, under any circumstance.
Maternity safeguard is a fundamental labour right protected in key universal human rights treaties. The 1948 Universal Declaration of Human Rights (UDHR) states that motherhood and childhood are entitled to special care and assistance, as well as to social security. The International Covenant on Economic, Social and Cultural Rights (ICESCR), 1966, make sure special protection for mothers during a reasonable period before and after childbirth, including paid leave or leave with sufficient social security benefits. The Convention for the elimination of All Forms of Discrimination against Women (CEDAW), 1979, calls for special dealings to assure maternity protection, known as an essential right and addressed consistently in all aspects of the convention. Protecting maternity has been a fundamental issue for the member States of the ILO since its beginning.
The old labour law structure in Bangladesh was enacted during the British rule of the subcontinent, in 1881. After, laws concerning different labour issues, e.g., The Factories Act(1881), Workmen's Compensation Act (1923), Trade Unions Act (1926), Trade Disputes Act(1929), Payment of Wages Act (1936), Maternity Benefits Act (1939), and the Employment of Children Act (1938) were a few of the employment/labour laws approved during that period. Later, the separation of the Indian sub-continent in 1947, almost all the laws during the pre-partition period were kept in force with some adjustments, in the form of administrative rules, by Pakistan government. After the independence in 1971, Bangladesh government retained the previous laws through the Bangladesh Laws Order (President's Order No. 48). The Bangladesh Labour Act, 2006 is a major and comprehensive enactment concerning industrial relation system.
In Bangladesh, the sum of women working has gone up in the past 20 years. According to World Bank statistics, the sum of women working in 1980 was approximately 14 million whereas in 2004 it was 23 million. Hence, there has been a massive rise in the quantity of women who have entered the workforce in Bangladesh and all over the world. At the same time, the number of working women with baby has also gone up. In Bangladesh, only a handful of organisations have in recent times started to offer their female employees on-site child care. There are also very rare private day-care centres where women can leave their children and go to work. As a consequence, it is even more difficult for women without help of their extended families to get back to work. Some women got only option to leave their baby in the hands of servants, who entirely untrained to handle medical emergencies. Some women even locked the child in with these care-givers which is a serious safety threats in case of emergencies, not to mention a violation of human rights.Awidegaps between the facilities related to maternity that women get in Bangladesh compared to the modern countries.
In Bangladesh, mostly women in public sectors are enjoying the benefits on the other hand in the private sectors it depends on the will of their employer. This should be guaranteed by the law of the land to allow maternity benefits equally to all women workers. It is essential for our national interest to promote this employees and health of a mother and a child essentially taken care of to shape a healthy nation.
Pregnancy and maternity are very extreme vulnerable times,however, in truth these maternity leave rights are now and then ignored or often uncertain based on the misrepresentation of some employer. The guiding principle are: (i) authority must ensure occupational safety and health for pregnant employees (ii) must establish a stable and suitable maternity policy forworkers (iii) need to provideflexible maternity leave facilities for workforces at a satisfactory level (iv) Government needs to create a monitoring cell for make sure that each and every business organization providematernity leave facilities to all working women.