AL plans to cling to power with reign of terror: Fakhrul 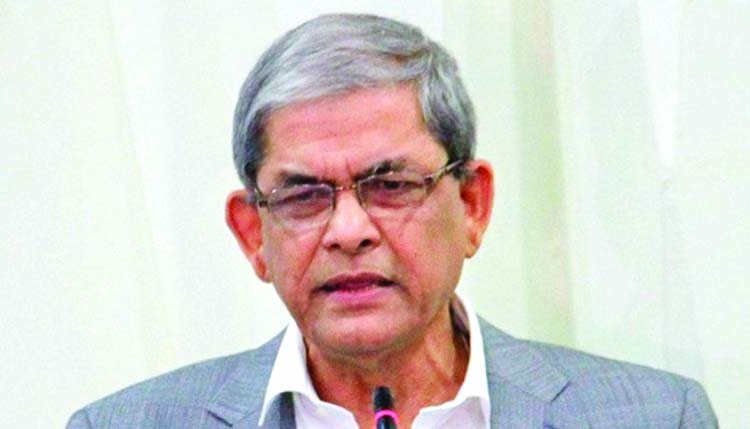 BNP Secretary General Mirza Fakhrul Islam Alamgir on Friday alleged that the Awami League (AL) is planning to stay in power through the next parliamentary elections with a reign of terror.
"In fact, the natural character of the Awami League is to always come to power with terrorist activities and a reign of terror. The party is also planning to come to power again in the next general election in the same way," he said. The BNP leader made the remarks while talking to reporters before a meeting with the leaders and workers of the district unit Swechchhasebak Dal at the Thakurgaon district BNP office, UNB reports.
He also said Prime Minister Sheikh Hasina at a recent discussion meeting spat venom against former prime minister and BNP Chairperson Khaleda Zia and eminent persons of national and international repute. "Sheikh Hasina even lashed out at newspaper editors and economists," the BNP leader said.
He said the prime minister also slammed the BNP saying it came to power by indulging in vote-rigging. "I strongly protest and condemn her remarks."
The BNP leader said the AL deceived people and did not give them any chance to cast their votes in 2014 as the party came to power by getting elected in 154 seats without any vote.