Is Bangladesh Heading Toward A Sri Lanka-Like Crisis?

Arafatul Islam
Like Colombo, Dhaka has also taken on massive foreign loans to embark on what critics call "white elephant" projects. The economic turmoil in Sri Lanka should serve as a cautionary tale, say experts.
Sri Lanka has been mired in economic turmoil over the past few months, with the country battling severe shortages of essential items and running out of petrol, medicines and foreign reserves amid an acute balance of payments crisis.
The resulting public fury targeting the government triggered mass street protests and political upheaval, forcing the resignation of Prime Minister Mahinda Rajapaksa and his Cabinet, and the appointment of a new prime minister.
Many in Bangladesh fear that their country could face a similar situation, given the rising trade deficit and foreign debt burden.
Bangladesh imported goods worth $61.52 billion (€58.48 billion) in the first nine months of the 2021-2022 fiscal year, a rise of 43.9% compared to the same period last year.
Exports, however, rose at a slower pace of 32.9% while remittances from Bangladeshis living abroad - a key source of foreign exchange - dropped about 20% in the first four months of 2022 from the year before, to $7 billion.
'Foreign reserves will go down to a dangerous level'
Muinul Islam, a Bangladeshi economist and former professor at Chittagong University, fears that the trade deficit could grow in the coming years as imports are increasing at a faster pace than exports.
"Our imports are set to reach $85 billion by this year, while exports won't be more than $50 billion. And, the trade deficit of $35 billion can't be bridged by remittances alone," Islam told DW, adding: "We will have to live with around a $10 billion shortfall this year."
The expert also pointed out that Bangladesh's foreign exchange reserves have fallen from $48 billion to $42 billion over the past eight months. He is worried that they may drop further in the coming months, likely down another $4 billion.
"If the trend of more imports against exports continues and we fail to minimize the gap with the remittances, our foreign reserves will go down to a dangerous level in the next three to four years," he stressed, underlining that this would lead to a significant devaluation of the nation's currency against the US dollar.
Massive loans for 'white elephant' projects?Bangladesh, like Sri Lanka, has also taken on foreign loans in recent years to fund what critics call "white elephant" projects, which are expensive but totally unprofitable.
These "unnecessary projects" could cause trouble when the time comes to repay the debts, Islam said.
"We have taken a loan of $12 billion from Russia for a nuclear power plant which has a production capacity of just 2,400 megawatts. We can repay the debt in 20 years but the installments will be $565 million per year from 2025," he pointed out. "It's the worst kind of a white elephant project."
In total, the country will likely have to repay $4 billion per year from 2024, as installments for foreign loans, Islam estimated.
"I fear Bangladesh won't be able to repay those loans at that time because of the shortage of income from the mega projects," he stressed.
Nazneen Ahmed, Bangladesh economist at the United Nations Development Programme (UNDP) office in Dhaka, said that the government has to make sure the projects are completed without additional cost and delay.
"We have to finish the mega projects carefully. There is no room for negligence and corruption. Those projects should neither be delayed nor the existing budget be increased," she said, adding: "If we can finish them on time, only then will we be able to repay the loans we have taken for them."
Soaring prices hit poor people hard Adding to the problems of debt and deficit is the surge in prices of essential items.
The Russia-Ukraine war, which began at the end of February, has compounded the inflationary pressure.
Bangladesh has been particularly vulnerable as the country imports significant amounts of goods like cooking oil, wheat and other food items, as well as fuel.
Ahmed said that poor people are suffering the most because of the skyrocketing prices of these items.
"The government has to offer commodity goods subsidized to the poor people. Additional financial support should also be provided to them under a social security system," she noted.
But the expert remains optimistic about the South Asian nation's prospects, saying that th  e current economic indicators could improve as the global economy recovers from the COVID pandemic-induced downturn.
"We have been observing inflation worldwide during the COVID recovery phase. The Ukraine war has added more uncertainty to it. And the economic crisis in Sri Lanka has also created fear among us," she told DW, adding: "Still, if nothing big happens within the next few years, the global economy will recover again."
Hasina urges people to practice austerity
Prime Minister Sheikh Hasina's government has taken several steps to slash spending and save foreign currency reserves.
It has decided to suspend foreign trips of officials and postponed some less important projects that require imports from other countries.
Hasina has also urged citizens to do their bit, by practicing austerity and being careful about spending decisions.
"The prime minister earlier gave some directives to the government officials on practicing austerity. Today she called upon the private sector and the people to be economical," Bangladesh's Planning Minister MA Mannan said during a press conference in Dhaka on Tuesday.
Islam said that the government needs to be extremely careful with economic management, given the widespread suffering on account of soaring price rises, which could aggravate the already high political tensions in the Muslim-majority country.
"Bangladesh's last election was not good. It was a fraudulent one. Another national election is due in the next two years. So the political situation will remain tense anyway. The economic uncertainty could fuel it even more."
While the experts don't see any imminent economic crisis, they believe that good governance and financial management are needed to ensure Bangladesh doesn't end up facing a situation that Sri Lanka now finds itself in. 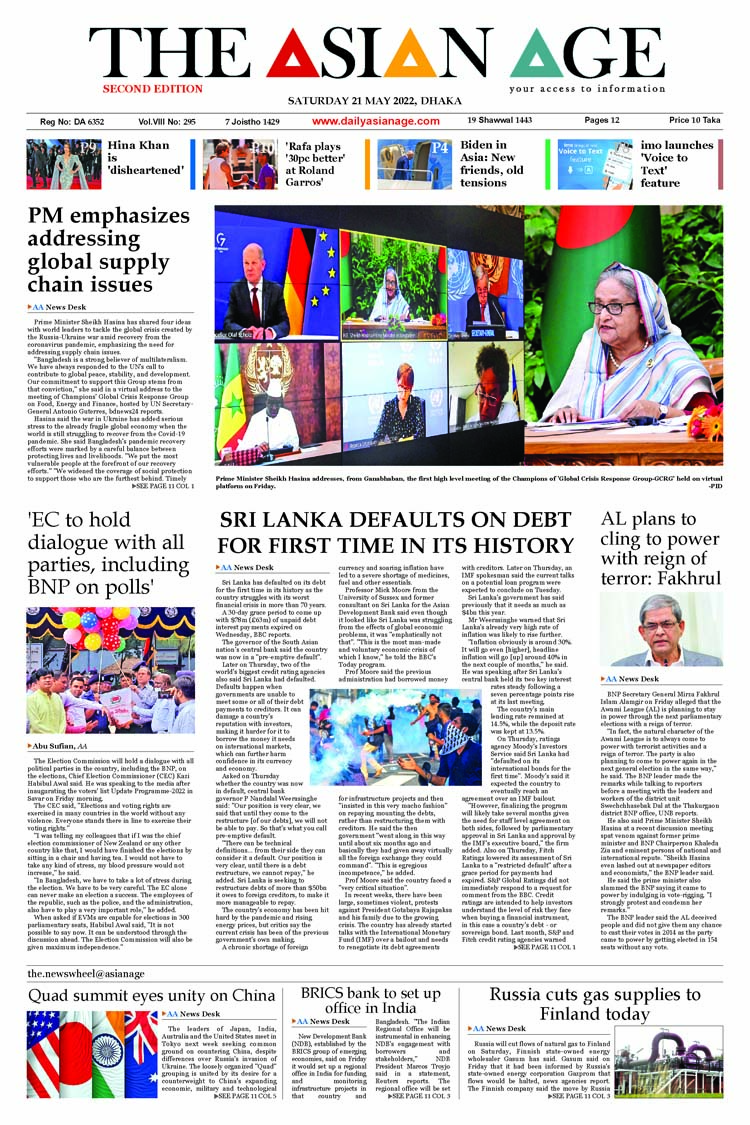