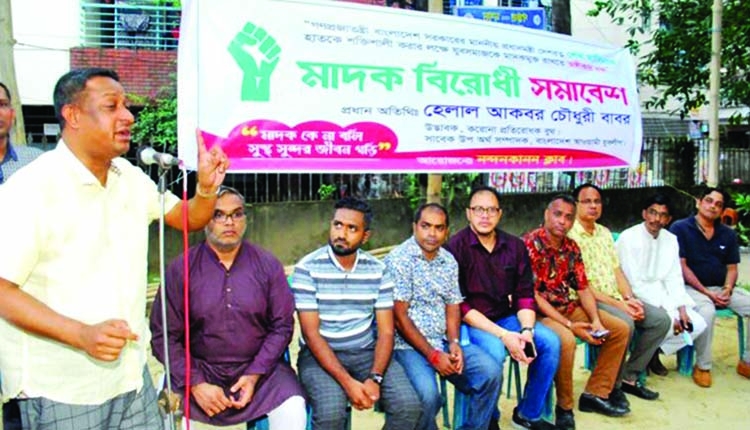 Speakers at an anti-drug rally called upon all to work together to ensure a drug-free society for protecting the young generation from the devastating effects of drug addiction.  With a slogan 'Let us say no to drug and build healthy life', Nandonkanon Club organized the event at No. 2 lane at Nandonkanon at kotwali thana in port city, marking the International Day against Drug Abuse and Illicit Trafficking.
Helal Akbor Chowdhury Babor, one of key persons of ABM Mohiuddin Chowdhury Foundation, attended as the chief guest recently. Terming drug as one of the dreadful social diseases, Babor said that the lives of many successful people and families across the world have been destroyed due to it. Problems created due to it push an affected family towards disaster.
"Drug addicted people get engaged in social crimes to manage money for buying drugs, resulting in the rise of social crimes. We need to boycott both drugs and drug dealers", said Babor, who is also former finance affairs secretary of central Awami Jubo League.While presiding over the event, Samir Sakir Chowdhury of Nandonkanon Club, said it is essential to free the country from narcotics for making modern Bangladesh and further strengthening the hands of honourable Prime Minister Sheikh Hasina.
Monwar Jahan Moni, Sourav Bikash Barua Bitan, vice presidents of city unit Swechhasevok League, and other prominent local people also spoke at the event.