Bangladesh on Friday declared three-day state mourning in honour of Queen Elizabeth II following her death.
"The three-day state mourning will be observed from September 9-11 marking the death of British Queen Elizabeth II, a true friend of Bangladesh," reads the notification from Cabinet Division.
The national flag will be kept at half-mast at all government, semi government, autonomous organizations, non government buildings, educational Institutions and Bangladesh missions abroad.
Special prayers will also be arranged during this time for seeking salvation of the departed soul of Queen Elizabeth II.
President M Abdul Hamid and Prime Minister Sheikh Hasina expressed profound shock and sorrow at the demise of Queen Elizabeth II.
In a condolence message to her successor King Charles III, the President said, "It is with the deepest of sorrow and heaviest of heart that I extend my sincerest condolences and sympathies at the sad demise of Her Majesty Queen Elizabeth The Second, the longest-reigning Monarch in the world."
"May the Almighty bless Her Majesty's departed soul with eternal peace and salvation, and grant courage and fortitude to the members of the Royal family and the grieving people of the United Kingdom to bear this devastating loss," the President added.
In a condolence letter wrote to her United Kingdom counterpart Elizabeth Truss, MP, on September 8, Sheikh Hasina said "I, on behalf of the Government and the people of Bangladesh, and on my behalf, convey to you the most profound shock and grief, and through you, our heartfelt condolences and sympathies to the people of the United Kingdom at the sudden passing away of The Queen Elizabeth The Second."
"Our sincere thoughts and prayers are with the bereaved Royal family members and the mourning people of the United Kingdom as we pray for the eternal peace and salvation of Her Majesty's departed soul," she wrote, according to a statement of Prime Minister's Press Wing issued on Friday, BSS reports.
Queen Elizabeth, Britain's longest-reigning monarch, died at her home in Scotland aged 96 on Thursday.
>>Sujan Mia with inputs from agencies 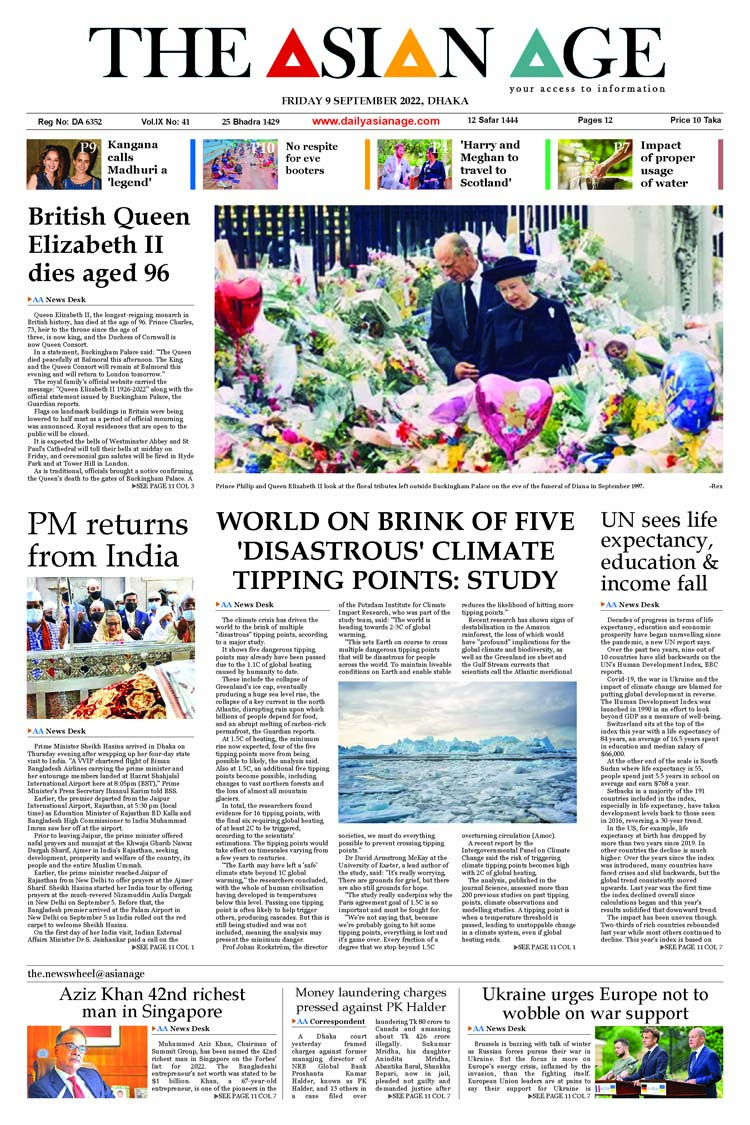