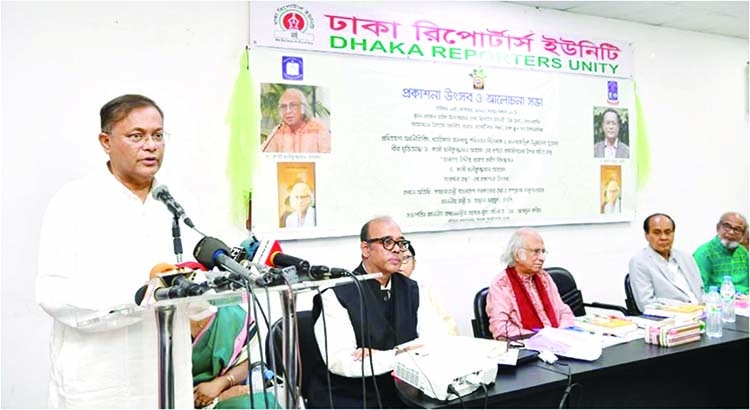 Information and Broadcasting Minister Dr. Hasan Mahmud on Wednesday said the government is working to turn the country into a humane and social welfare state.
"It is not possible for the government to do this alone. Everyone should come forward to this end. It would not be possible to build a humane state, if humanity does not flourish among the new generation, they will not know how to respect elders," he said. The minister said, "For this, I think that we should do work in this regard. Society must go ahead if everyone thinks about this," reports BSS.
Hasan stated these while addressing a function of unwrapping the cover of the book titled 'Tarunnye Uddhipta Borennyo Prabin Bidagdhajan Dr Qazi Kholiquzzaman Ahmed Sangbordhona Granth' organised by Dhaka School of Economics at an auditorium of Dhaka Reporters Unity (DRU) in the capital.

Chairman of Palli Karma Sahayak Foundation (PKSF) managing board Dr Qazi Kholiquzzaman, Professor Shafi Ahmed, Professor Sheikh Iqramul Kabir, and journalist Soharab Hasan, among others, addressed the function with the prime minister's former principal secretary Dr Muhammad Abdul Karim in the chair. Economist Professor Dr Muhammad Mahabub Ali conducted it.
Extending thanks to the publisher and editors of the book, Hasan said the new generation could learn a lot from eminent personalities like Dr Kholiquzzaman. Everyone should respect the revered persons, he added. The minister hoped that Dr Kholiquzzaman would also play a pivotal role in economic development and tackling climate change as well as forming a just society in the days to come.
Mentioning that said people are becoming self-centric, Hasan, also Awami League joint general secretary, said the government is working to build a humane and social welfare state along with infrastructural development. Kholiquzzaman said he would work for the economic progress of the country till his death. 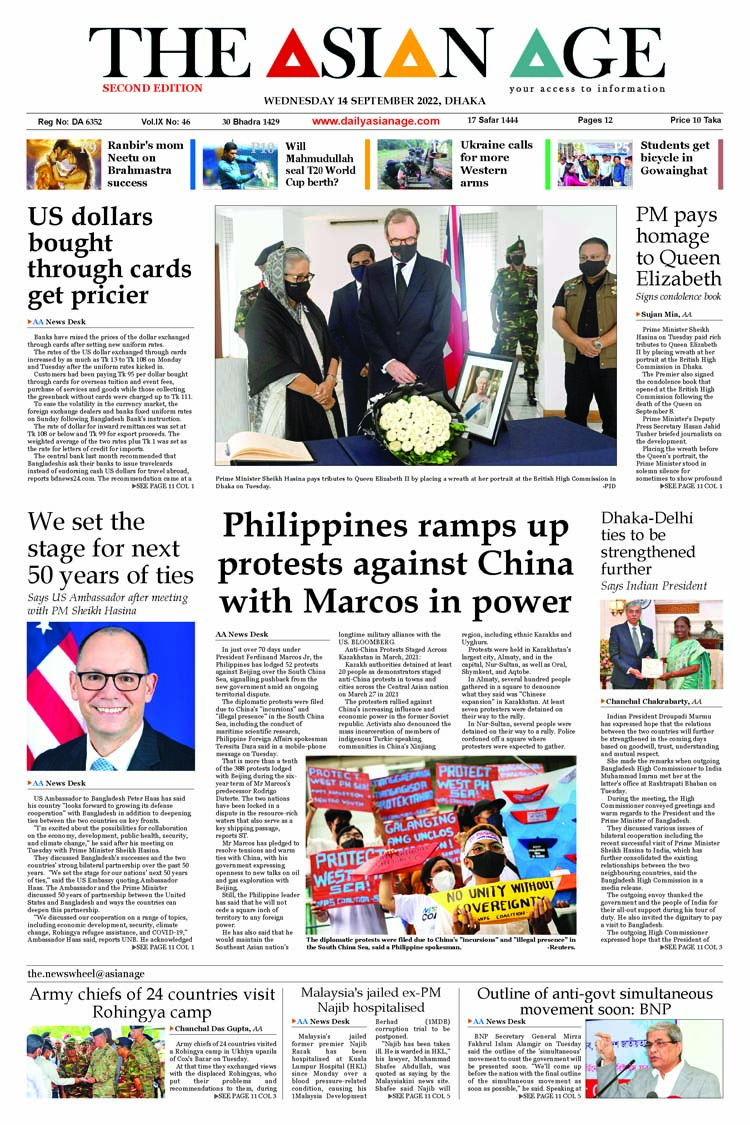