The Man in Our Computers hat if I tell you, one of themost successful dropouts of all time is a man called William Henry Gates theThird? You would probably start to wonder since when have the members of theRoyal family started to rebel against the school. Well, though the name soundsquite elite, this person actually comes from a rather ordinary family. Hisfather William H. Gates the Second was a lawyer and his mother Mary MaxwellGates was a social worker and a businesswoman. Came in the house of William andMary their second child, who would later go on to dropping out of Harvard tostart his own business that would change humankind’s experience of using thecomputer to a significant extent. This man is more familiar to us as the oneand only, Bill Gates. He was born on October 28, 1955; and this day marks his62nd  birthday. 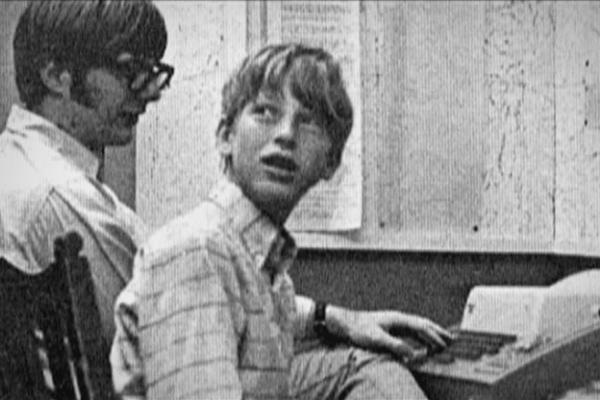 Ever since a child, Bill wasreally close to his mother. Mary used to take part in a lot of social welfareworks. She would often take Bill with her when she volunteered in such charityworks, which had a great influence on Bill and his philanthropic works later inlife. Little Bill loved to spend his time with computers. He wrote his firstcomputer program when he was a student of eight grade in Lakeside School.  It was a simple virtual implementation of thegame Tic-Tac-Toe, but instead of requiring a human game partner, Bill’s programlet anyone play against the computer. Growing up in a family whereintellectualcompetitions were encouraged and rewarded, Bill had alwayscherished things that challenged his thoughts. The computer was one such objectthat had young Bill storming his ideas, with him always looking for the next –“What if?” The result of such hunger for exploration could clearly be predictedby the time Bill graduated from the Lakeside,scoring 1590 out of 1600 on theSAT. “I hadn't been getting good grades” said Bill, when asked about his earlydays, “But I decided to get all A's without taking a book home. I didn't go tomath class, because I knew enough and had read ahead, and I placed within thetop 10 people in the nation on an aptitude exam.” Bill Gates was credited as aNational Merit Scholar. 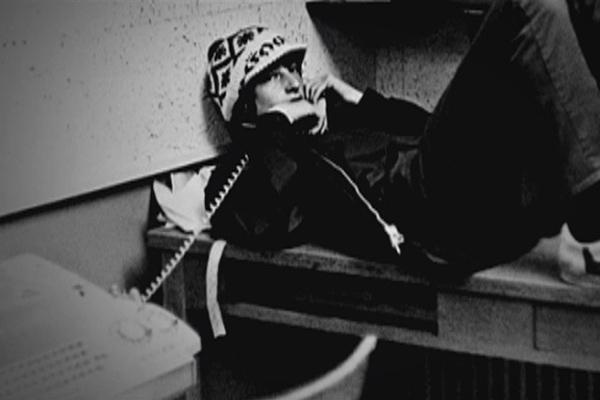 Bill Gates got enrolled at theHarvard University in the year 1973. That although only for a couple of years,as it was 1975 when he quit his college to pursue his dream of building ownsoftware company. He had a partner called Paul Allen. Bill and Paul had becomefriends at the Lakeside School. Their history together went back to the timewhen Bill was only 15, and already wanted to start a business using a softwarehe had built with Paul. Their “Traf-O-Data” could monitor traffic patterns. Buthis parents disclaimed the idea and insisted on his finishing education first.Paul had also dropped out from his university and shifted to Massachusetts towork for the Honeywell. Paul and Bill were hardly of the same type when it cameto the question of personality. But together they used to spend a lot of timeinterchanging ideas. The two were deeply moved by the possibilities they hadseen in the sector of personal computing. They knew something huge was waitingfor them, it was only a matter of time and hard-work. 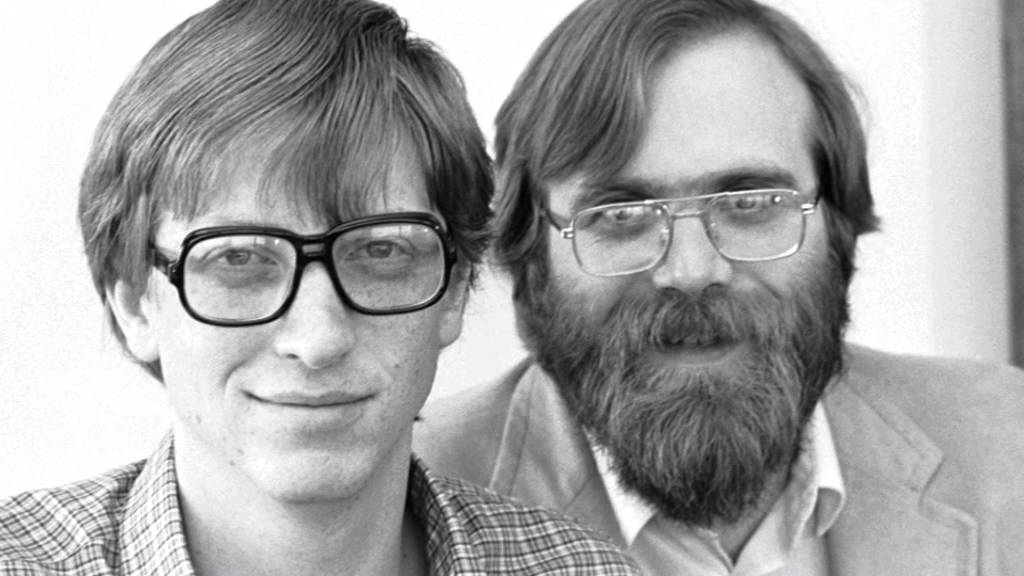 While still as a student ofHarvard, Bill came by an issue of Popular Electronics where there was a demo ofthe “Altair 8800”. The MITS was the creator of the then contemporary microcomputers.Simply attempting to try his luck, Bill knocked the MITS saying that they wereworking as BASIC interpreters for the platform. Where in reality, not even asingle line of code was written yet. Once the MITS agreed to meet for a demo,Bill and Paul developed the Altair and the interpreter within the timeremaining. The meeting was successful. Paul left Honeywell to get hired at theMITS and Bill also joined him, taking a leave of absence from the Harvard. Soin reality, Bill could always go back to the Harvardif things didn’t work outwell. They named their partnership “Micro-Soft”. The hyphen was dropped laterand the name “Microsoft” was registered on November, 1976. 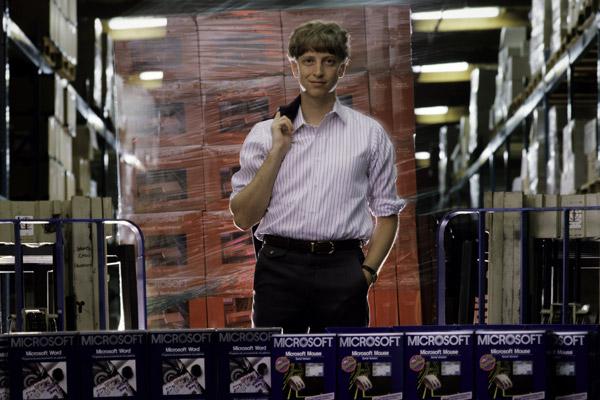 The beginning of Microsoft wasshaky, as computer hobbyists would rather share their software with each otherthan buy original copies. Bill wrote an open letter to the hobbyists statingsuch sharing would prevent good programs from being written.The company carriedon through hardship and by the year 1979, it was grossing more than $2 millionper year. 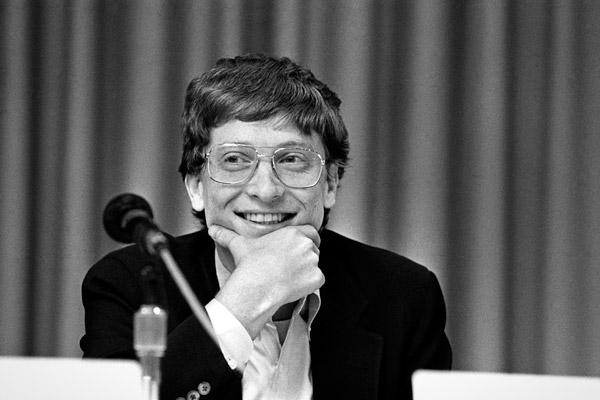 Bill never went back to Harvard.He had become the head of one successful company at the age of 23. The companythat went on to become one of the most famous tech-giants of the world. Today itwould be hard to find a person who has never seen the Microsoft logo, the red,green, yellow and blue squares shaping together a bigger square, a window thatsymbolizes endless opportunities coming through the minimum.Till this day,Microsoftremains as a popular computer software and electronic gadgets producing company.There are almost 114 thousand employees currently working for Microsoft. As ofMay, 2017, the company’s net worth stands a little over $507 billion. Even asthe CEO, Billcontinued to write codes for software. It is claimed that Billused to personally review every line of code the company wrote, and often rewroteparts of it if he felt necessary.Bill statednumerous times that he enjoyswriting programs and debugging them a lot more than his corporate job as theCEO of such a large profit making company. Which is why,he stepped down fromhis post of CEO in 2000 and remained as the chairman and chief softwarearchitect of the company. 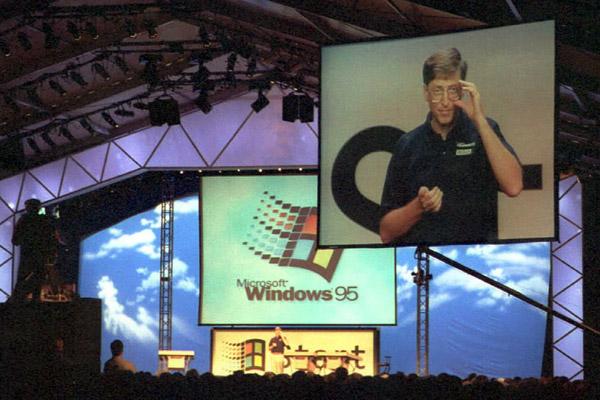 Bill Gates married Melinda Ann Frenchon January, 1994. Melinda is also a renowned American welfare worker. Thelessons of philanthropy gained from his mother and the in-born tendency to makethings easier for people shone brighter lights with the foundation of thecharity – Bill and Melinda Gates Foundation. The foundation, which is thoughtto be the most transparently operated private charity of the world, waslaunched in 2000. The foundation aims to reduce poverty, provide healthcare andeducational facilities along with enabling more people to gain access toinformation technology. Since its establishment, the foundation has donatedbillions of dollars to organizations like WHO, UNICEF, GAVI Alliance, IDA aswell as to universities like Oxford and Emory. The organization providesfinancial assistance to hundreds of local welfare organizations of thedeveloping and under-developed countries, which includes Dr. Yunus’sGrameenFoundation as well. “Effective philanthropy requires a lot of time andcreativity”, says Bill.“The same kind of focus and skills that building abusiness requires.” Bill and Melinda Gates foundation is considered to be oneof the icons of global development initiatives. But Bill didn’t stop rightthere. In 2009, he co-founded “The Giving Pledge” with Warren Buffet, accordingto which they and many other billionaires pledge to give at least half of theirwealth to philanthropy. 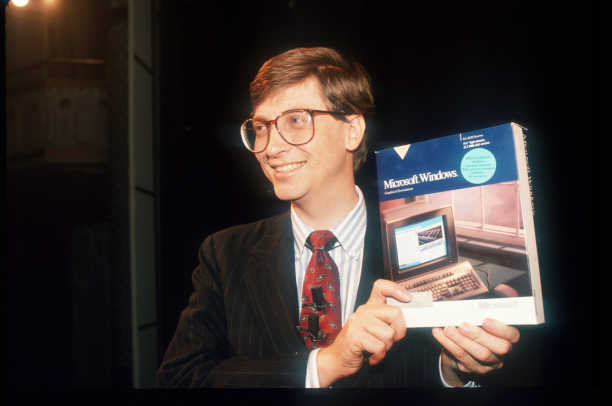 Bill Gates always believed in thepotentials he had. Hard times came, like in the 1990’s when Microsoft facedcharges of Federal Trade Commission and Justice Department investigations withallegations that the company had unfair deals with computer manufacturers.Selling Internet Explorer with Windows operating system was hugely criticized.In 2007, The Los Angeles Times criticized his charity foundation for not meetingits actual purpose. Microsoft faced possibilities of breaking up into differentdivisions. But Bill, with his enormous will power and sharp foresightedness,defendedthe hazards. “Success is a lousy teacher. It seduces smart people into thinkingthey can't lose”, says Bill in one of his books. 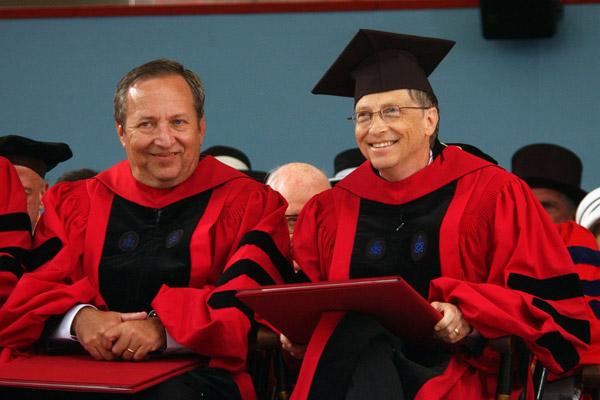 Till the date, Bill has written acouple of books. His “The Road Ahead” (1995) and “Business @ the Speed ofThought” (1999), are considered to be on the list of top influential books. Hehas appeared in a good number of feature films and documentaries as well. Thejolly even showed up at a computer trade event dressed as Mr. Spock from StarTrek. 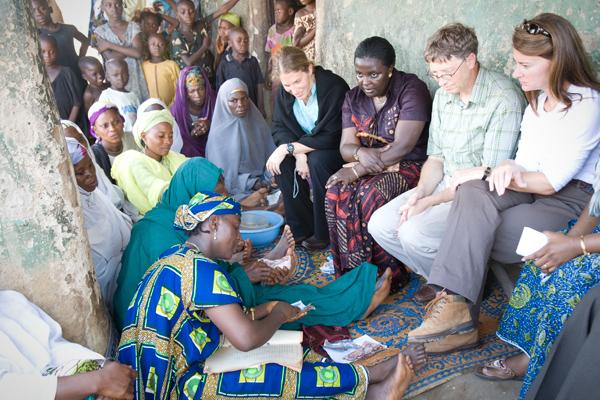 In his eventful life, Bill gateshas been awarded with a good number of titles and honorary degrees. He was knightedas an honorary Knight Commander of the Order of the British Empire bestowed byQueen Elizabeth II in 2005. He and his wife received the ‘Aztec Eagle’ by theMexican Government for their philanthropic works. In 2016, ‘Presidential Medalof Freedom’ was awarded to the couple by President Barack Obama. Despiteremaining in the list of The World’s Billionaires for 18 years, Bill Gatesalways expresses himself as a common man with his words. "I've paid moretax than any individual ever, and gladly so. I've paid over $6 billion intaxes”, he once said to the BBC. 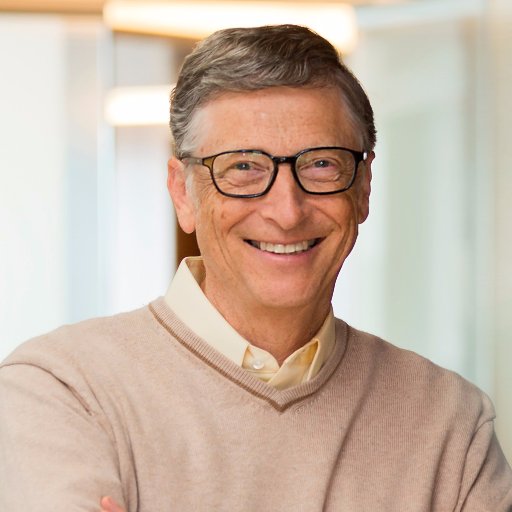 Bill Gates is an ideal example ofwhy one should always keep their feet in the ground regardless of theirachievements. Millions of people, especially the aspiring youth, look up toBill and his lifestyle for motivation. On this note, Bill says, “If youngpeople understood how doing well in school makes the rest of their life so muchinteresting, they would be more motivated. It's so far away in time that theycan't appreciate what it means for their whole life.”