Change Is You: Leaving Decisive Footmarks

How do you react when you see a fellow female passenger being deliberately touched by the bus conductor or another male passenger in ways that are inappropriate? Is it common for you to look at a bride in her long cherished blood red sari and then spoil all her mood by randomly passing a comment like- “Well how much could you possibly have spent in the beauty parlor to hide all that acne?” while taking selfies with her for social network? Does every bearded men in Panjabi or Kurta you pass in the streets render an unknown terror in you by default? Do you think that classmate of yours is there, just so you can make fun of his parents’ naming him ‘Abul’?Or do you, perhaps, ever stop feeling what you always keep feeling; and look again, at the same thing, at the same person, but try to see something new this time? You think you know the answer to all the ‘what’, but what about all the ‘why’? Because when you finally decide to not stop at the ‘what’s anymore, and grow a hunger to pursue deeper into the causes to
find out the ‘why’s in everything that ripples vivid pings in your mind, YOU CHANGE.
It might still seem quite vague, what it really means to adapt a change, to let it absorb within cognition. And the purpose of such somatic alteration, as well. And for that case, “Change Is You” is there for you to help comprehend the whole idea! 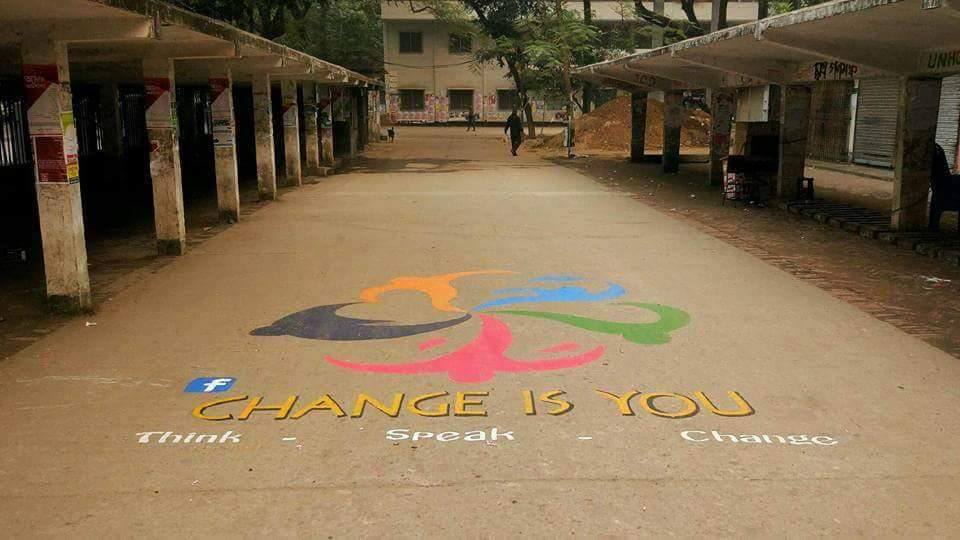 Change Is You is a youth campaign that functions to help the youth raise their voice against extremism and hate speech. Through much activities executed via online as well as offline/real time initiatives, the campaign delivers positivity and optimism amongst the youth. Its main goal is to demonstrate a sentient approach towards all the self-censorship the common youth fixates for themselves, just because the trends make them to. It strives to help the youth come out of the boxes they create around themselves, and put them in situations where they can testify their own temperament against discomfort.
Change Is You holds a strong slogan, which is “Think. Speak. Change”. By obtaining such robust imperatives, the campaign declares their Zero-tolerance attitude towards extremism, bullying, racism, and all other discriminatory practices.
The campaign is run and monitored by five really enthusiastic students of University of Dhaka, who are keen to contribute to youth development as much as possible. The five members are ShahadatApurbo, MorshedBhuiyan, Arnab Biswas, ArshadulHoque and Mathews Chiran; who are currently on the verge of completing their education from the department of mass communication and journalism of the respective university. TahminaHaque Dina, a faculty member of the department, remains to provide with her adept suggestions as a mentor throughout the whole campaign.
“Most of our youth are not vocal”, says Shahadat, one of the key members of the initiators’ panel. “They want to protest against all the injustice and intolerance, but rather keep it inside. Maybe because of hesitation or fear. We wanted to give them a platform to speak up and raise their voice. They can share their stories and perspectives on different issues. Also, we shared many short films, pictures, songs, stories,news to promote tolerance and harmony. We wanted to highlight, everyone is different, and you should accept the way he/she is.”
The online activities of the campaign are mainly run through the campaign’s official Facebook page, which has quite a significant number of followers (almost 59 thousand, as of December 7th).  With such a huge audience, at some points the members felt that their task seemed to have rather turned into a mammoth task. “It’s quite a pressure when your page has over 58k followers, and you know they subscribed because they wanted some quality materials”, Mathews expressed. “We have to provide them something constantly. Also, when we are providing them the concept of 'change'. We need to be cautious of our activities as well, otherwise some might say, they are doing this stuff and teaching us tolerance!” 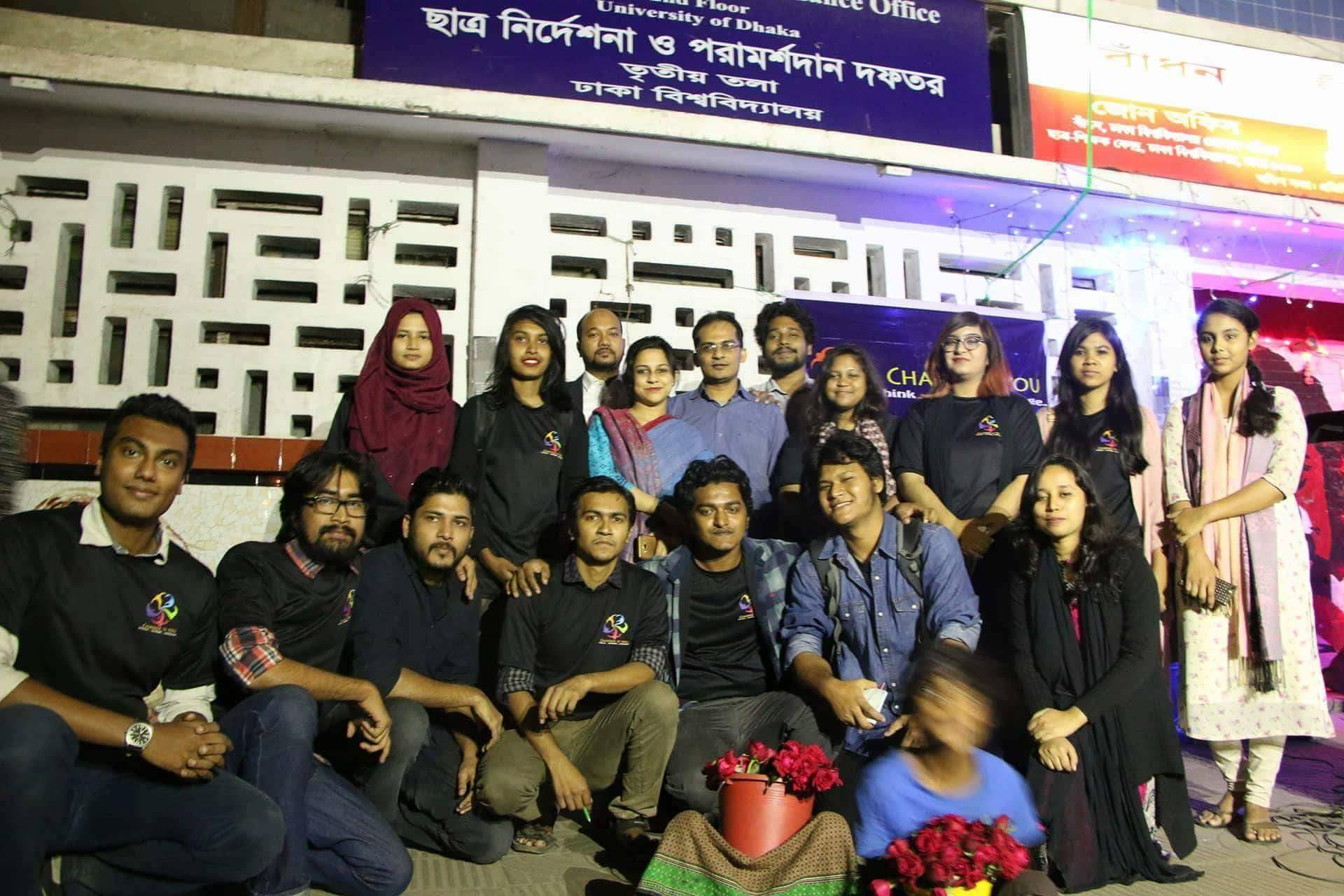 The whole campaign is actually a part of a competition called “Peer to Peer: Facebook Global Digital Challenge”, organized by the Facebook with the help of EdVenture Partners (EVP).. Under this peer to peer, or in short- P2P challenge, almost 80 universities from all over the world will be competing for the chance to present their campaign in Washington DC to Facebook, experts, educators and practitioners. This particular campaign consisted of various really interesting and benevolent tasks that were openly thrown to the pool of free-willing audience. It was kind of mimicked under the influence of the recent social network phenomenon “Blue Whale” game, and was dubbed as “Black Whale”. There was even an unplugged concert held on the 5th of December in TSC premises, titled “PoribortonerGaan” (The Songs of Change), where the winners of the Black Whale challenge were given their rewards.
If you are interested to know more about this campaign, you can take a quick look at their facebook page, published under the same name as the campaign. A whole collection of really impressive and thought provoking write-ups is there, to attract the attention of anybody who believes there is still enough room for corrections in themselves, in their characters. And you can contribute, by sharing your own stories of breaking out of social barriers, too! After all, it only depends on you and YOU ONLY, to determine, whether you want to be just another brick on the wall; or stand out and BE THE CHANGE.