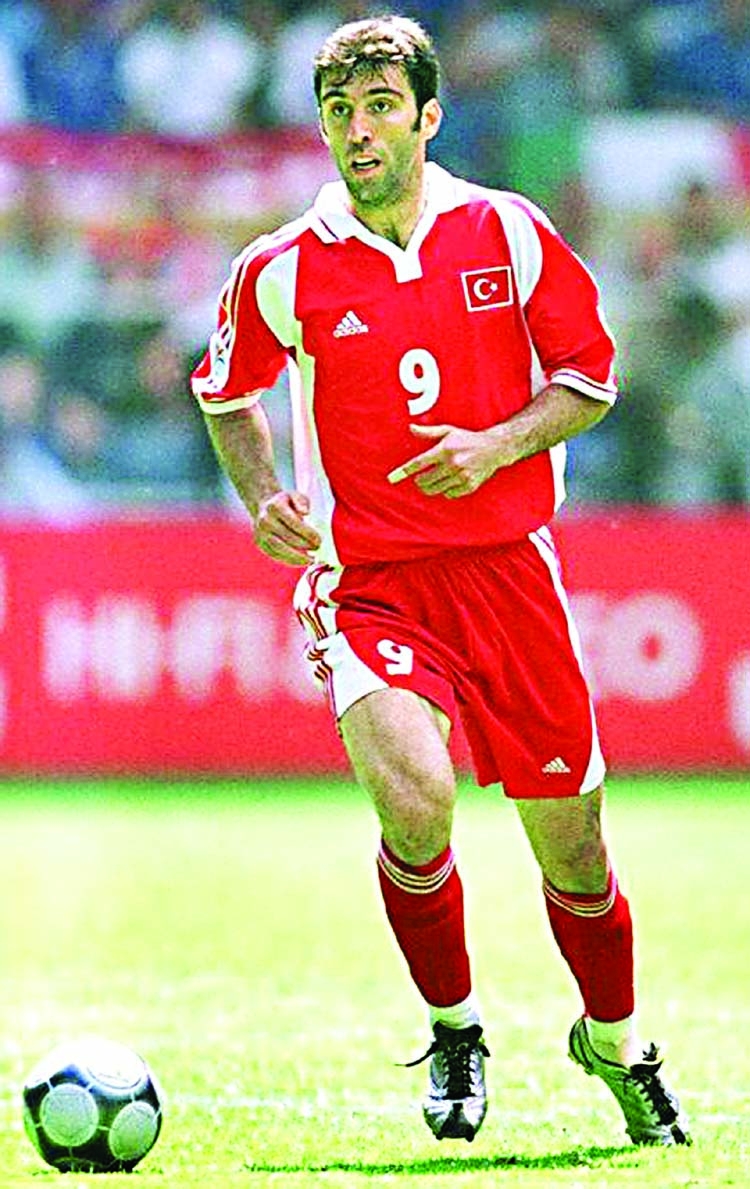 Hakan Sukur
Hakan Sukur is Turkey's greatest ever goalscorer and once one of Europe's most prolific strikers. A legend. So, how did he end up driving taxis and selling books for a living in the US, in exile from his home country?
According to an interview with German newspaper, Welt am Sonntag, the 48-year-old former striker's life has taken an unusual and troubling turn since retiring from football in 2008. He claims that a rift with the President of Turkey, Recep Tayyip Erdogan, has exposed him to death threats, false accusations and lack of access to funds.
'I have nothing left, Erdogan took everything: my right to liberty, freedom of expression and right to work," he told the paper.
Sukur scored 51 goals in 112 appearances for Turkey between 1992 and 2007. He was part of the Turkish side that finished third at the 2002 World Cup. The former Blackburn player spent the majority of his career at Galatasaray and is the all-time leading goalscorer in the Super Lig - the Turkish top flight.
After retiring from football, he went into politics. In 2011, Sukur won a seat in Turkey's Parliament as a member of Erdogan's Justice and Development Party.
But he was also tied to Fethullah Gulen, a Turkish Islamic scholar and rival of Erdogan, whom the Turkish President blamed for a bloody attempted coup in 2016. Sukur, by then living in the US, reportedly denounced the attempted coup, but was nonetheless, in 2017, described by Turkish-run state media as a "fugitive member of the Fetullah Terrorist Organisation (FETO)."
That report describes him living in a $3m house, running a cafe at Palo Alto, "the richest area of San Francisco Bay Area." Sukur tells a less fun-sounding story.
"I moved to the United States, initially running a cafe in California, but strange people kept coming into the bar," he told Welt am Sonntag. "Now I drive for Uber and I sell books."
He has said that his houses, businesses and bank accounts in Turkey had all been seized by Erdogan's government.
---BBC