'Parables of the Womb' 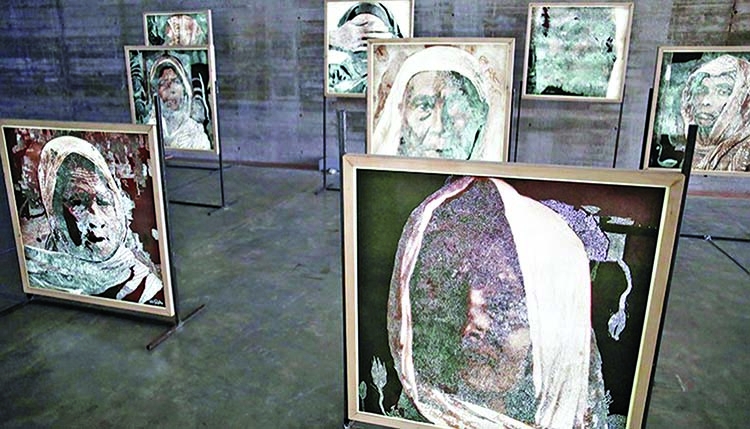 A two-month solo art work exhibition of artist Dilara Begum Jolly titled 'Parables of the Womb' is currently underway at Quamrul Hassan Exhibition Hall of Bengal Shilpalaya in Dhanmondi of the capital.
The Ambassador of the Royal Norwegian Embassy Sidsel Bleken inaugurated the exhibition as the chief guest on February 4 at Bengal Shilpalaya, while Director of Bengal Institute architect Marina Tabassum and filmmaker Shameem Akhter were present on the occasion as special guests.In her speech, Sidsel Bleken said about the exhibition, "In pursuit of spreading art and being human, such practice is necessary in any society.
Through the use of different mediums, the artist has marked a sign of craftiness in her work." Marina Tabassum said about the artworks at the exhibition, "The works in this exhibition are very powerful, which easily made me think of them. It also made me interested to know the background story and history of these works."
'Parables of the Womb' explores the place of women during war and reads into the conceptual perplexity of gendered history. In times of war, history shows us hostility to omen and an increase in patriarchal authority.
Dilara Begum Jolly recalls the specific plight of Bangladeshi women during the troubled times of the Liberation War; expressed through the evocative needle-works on photograph and x-ray, and a psychosomatic video portrayal of Roma Chowdhury, a 'Birangona' (war hero). The artist's testament to gender roles in war culminates a feminist perspective.
Trained as a painter, Jolly is also known to work with various media including performance, video and sound. She has developed a signature practice of needling on paper and, more recently, photographs - a painstaking process during which she draws motifs on paper, or highlights areas on photographs, through needle prickling.
Her show 'Parables of the Womb' explores themes of gender, trauma and the female body.The exhibition is open to all every day from 2pm to 8pm until March 28 (closed on Sundays).