Canada's newest Tyrannosaur is named the 'Reaper of Death' 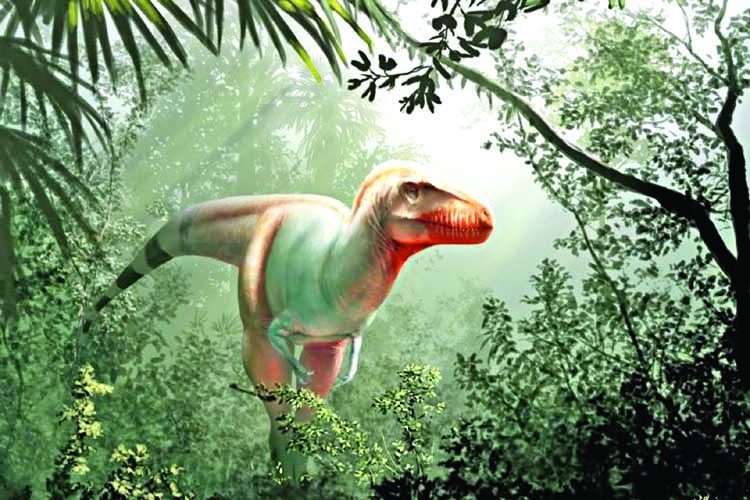 An artist's impression of a Thanatotheristes degrootorum, a 9m-long, 2.4m-tall dinosaur with razor-sharp teeth and a formidable two-tonne frame which terrorised the Alberta region some 79.5 million years ago.

Alberta is a tyrannosaur graveyard. There rest great carnivores of the Cretaceous, such as Albertosaurus, Gorgosaurus, Daspletosaurus and, of course, the Tyrannosaurus Rex (T-Rex).
Now, palaeontologists in the province have announced the discovery of Canada's oldest known tyrannosaur:  Thanatotheristes degrootorum, or "the Reaper of Death".
With its razor-sharp teeth and formidable two-tonne frame, the newly discovered species terrorised the region some 79.5 million years ago.
Though smaller than T-Rex, it still measured about 9m long and about 2.4m tall. The new species was at least 2.5 million years older than its closest relatives.
---NYTIMES, Alberta