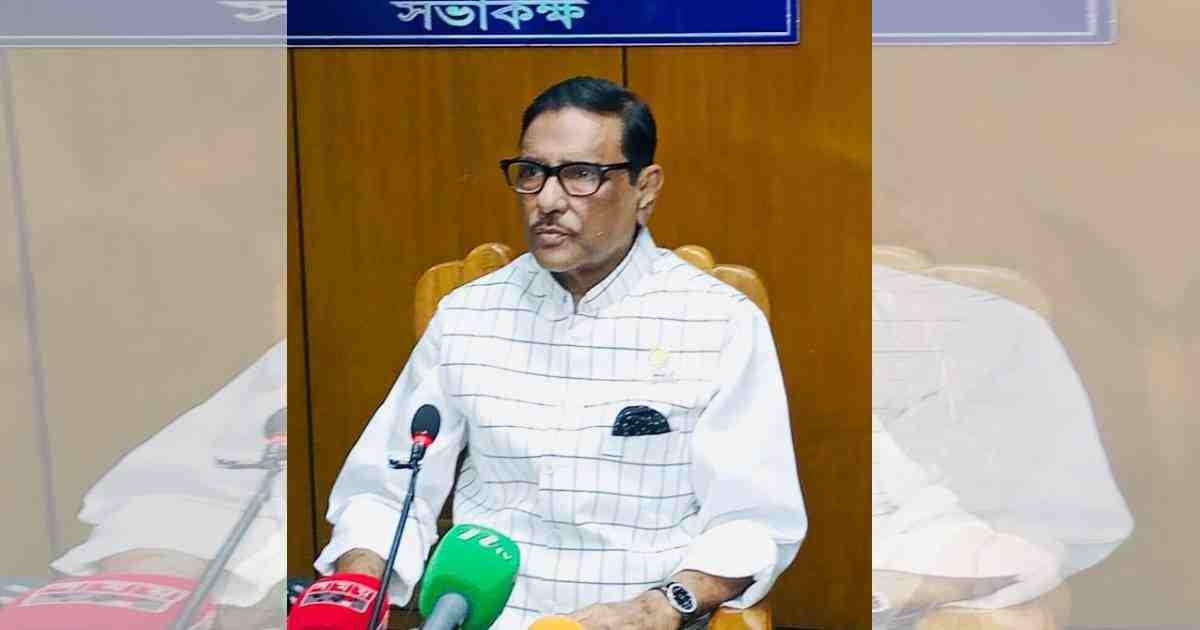 Awami League general secretary Obaidul Quader on Wednesday urged BNP to shun all negative politics considering the global crisis caused by coronavirus outbreak.
“I expect BNP to help the government tackle coronavirus,” he said while speaking at a press conference at the secretariat.
Quader, also the Road, Transport and Bridges Minister, said the government has taken the decision to free BNP chairperson Khaleda Zia as her family submitted an appeal to the Home Ministry and the Law Ministry 10-11 days ago.
Responding to a question about the government’s earlier stance about Khaleda’s release claiming that it as a matter of court, he said Khaleda Zia is being released following the procedure after her family’s appeal. She is being released under sub section-1 of section 401 (1) of Criminal Code of Procedure (CrPC),
Considering Khaleda Zia’s age and sickness, Prime Minister Sheikh Hasina has suspended her sentence for six months as per section 401 (1) of Criminal Code of Procedure (CrPC, said Quader.
He urged BNP to find out a common way to save people by avoiding all negative politics during this global crisis.
Quader said the Prime Minister set an example of humanity by taking the decision to release Khaleda Zia.
The government announced on Tuesday that the 75-year-old BNP chief will be released from jail for six months suspending her sentences on two conditions -- receiving treatment staying at her Gulshan residence and not leaving the country -- after 25 months.
Khaleda has been in jail since she was convicted in the Zia Orphanage Trust corruption case on February 8, 2018.
She was found guilty in another corruption case later the same year, though her party claims both cases are politically motivated.