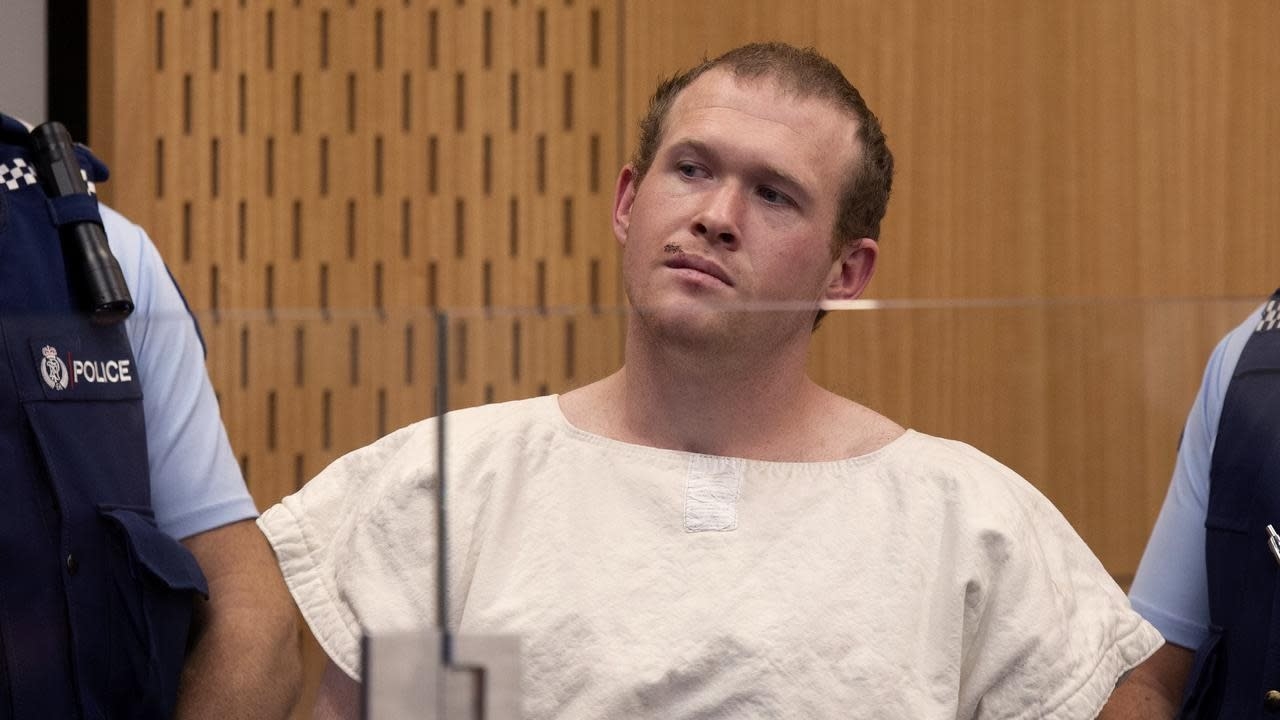 A man accused of deadly attacks on mosques in the New Zealand city of Christchurch a year ago has pleaded guilty to 51 charges of murder.
Brenton Tarrant, 29, also admitted the attempted murder of another 40 people, and one terrorism charge.
He had previously denied the charges and was due to go on trial in June.
The gun attacks at two mosques sent shockwaves around the world. In the wake of the killings, New Zealand brought in stricter gun laws.
New Zealand is in a state of lockdown due to the coronavirus outbreak and the plea was made at a scaled-down court hearing in Christchurch High Court on Thursday.
No members of the public were allowed in to the hearing and Tarrant, from New South Wales, Australia, and his lawyers appeared via video link.
A representative of the two mosques that were attacked was allowed to attend the hearing to represent the victims and their families.
Judge Justice Cameron Mander said: "It is regrettable that the Covid-19 restrictions that presently apply do not permit victims and their families to travel to be present in the courtroom when the defendant entered his pleas of guilty."
Sentencing on the 92 charges will take place at a date yet to be set. Tarrant was remanded in custody until 1 May when the court hopes to be able to set a sentencing date.
Justice Mander added: "There is no intention to sentence the defendant before the court returns to its normal operations and at a time when the victims and their families can attend court in person."
Farid Ahmed, who lost his wife Husna in the attack on Al Noor Mosque (Masjid An-Nur), told TVNZ that many would be relieved they did not have to go through the trial, but others would feel very sad, still thinking about their loved ones.
Speaking of the gunman, he said: "I have been praying for him and he has taken the right direction. I am pleased he is feeling guilty, it is a good start."