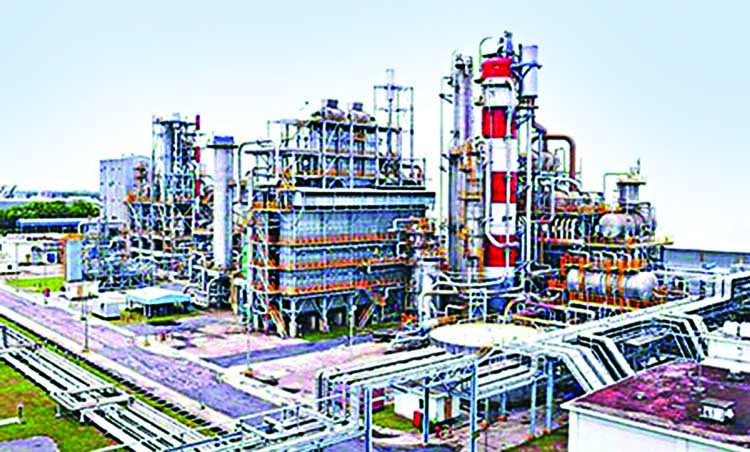 Chattogram Urea Fertilizer Factory Limited (CUFL) has resumed its production after 13 months closure due to mechanical defects and gas crisis.The largest fertilizer factory of South Asia began its production of urea fertilizer again on Friday night after overcoming technical faults and solving gas crisis.
CUFL operator Master Bazlur Rahman Bhuiyan confirmed it on Saturday, reports BSS. He said that the CUFL authorities stopped the production of CUFL on March 20 in 2019 due to mechanical defects and gas crisis. Bhuiyan said the factory was opened on March 26 last, a year after the end of Retubing (repairing).
Ammonia was being produced from April 1 and the production of urea fertilizer started at 11.40 pm last night (Friday), he said. At present 31 to 32 metric tons of fertilizer can be produced per hour, he said adding that production of fertilizers would be increased to 60 to 65 metric tons per hour when the production starts in its full capacity.