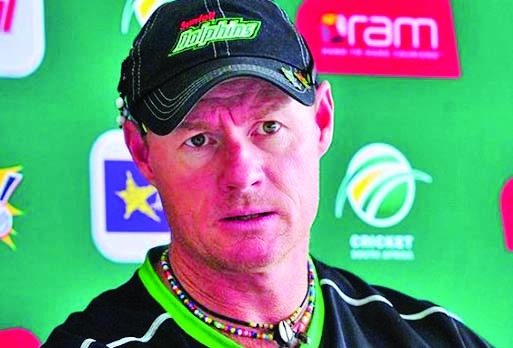 Lance Klusener
Former South African cricketer and current coach Lance Klusener has been appointed as the team director of Bangla Tigers, a Bangladesh-based team of Abu Dhabi T-10 League.
The fourth season of the league is slated to be played in upcoming November at Sheikh Abu Jayed Stadium in upcoming November. Klusener was an integral part of the South Africa national team during his eight-year-long international career. He represented South Africa in 49 Tests and 171 ODIs. He called his time back in 2004.
Klusener has been working as the head coach of Afghanistan national team since last September. Before that, he worked as the batting coach of Zimbabwe. He was in Bangladesh Cricket Board's sight to be Tigers' bowling coach. But at the end, he couldn't take the rule as he would have to stay in Dhaka for a long time.
However, he is now set to take a new rule for a Bangladesh-based team. Bangla Tigers took part in Abu Dhabi T-10 for the first time in the last season and ended up as the third-best team. Under the direction of Klusener, Bangla Tigers owner, FMC Group, is eying to form a strong squad.
"Bangla Tigers started working to form a stronger squad this time. We have roped in Klusener to do an important job. We believe his experience as a cricketer and coach will help to taste new success in the coming days," Mohammad Yasin Ali Chowdhury, chairman of FMC Group, saaid in a press release.