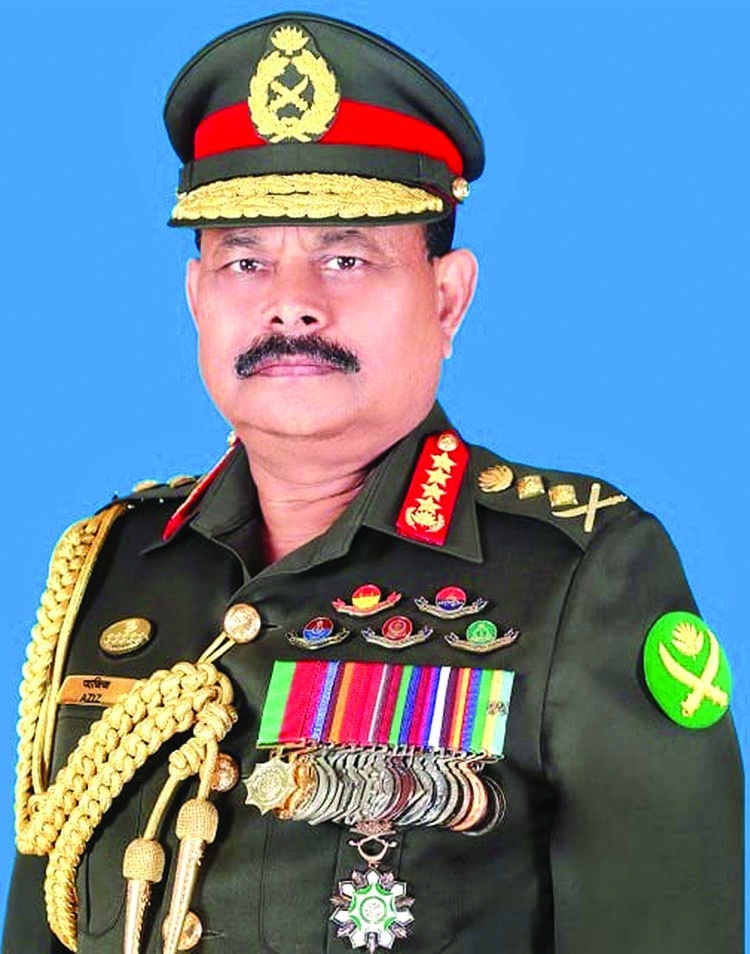 Chief of Bangladesh Army General Aziz Ahmed gave an instructive speech to the army personnel on Thursday. He thanked Prime Minister Sheikh Hasina for allowing Bangladesh Army to participate in the activities to deal with coronavirus pandemic and to ensure the compliance of physical distancing and health code.
General Aziz Ahmed's speech was at a time transmitted to all cantonments through VTC. Aziz Ahmed also made reference to the beneficial role played by Bangladesh Army before and after cyclone Amphan, said a ISPR press release on Thursday.
Aziz Ahmed respectfully recalled Father of the Nation Bangabandhu Sheikh Mujibur Rahman. Moreover, he paid homage to the martyrs of the Language Movement of 1952 and the Liberation War of 1971.
Aziz Ahmed admired the functionalities of the health professionals and memembers of all ranks and files of Bangladesh Army in the wake of coronavirus pandemic and cyclone Amphan.
He instructed Bangladesh Army to work with diligence and dedication for the implementation of the country's development projects. Aziz Ahmed talked about different initiatives taken to strengthen the moral and spirit of all members of Bangladesh Army.
Furthermore, Aziz Ahmed referred to Forces Goal 2030 which is expected to transform Bangladesh Army into a capable and efficient force. He added that Bangladesh Army is prepared to make supreme sacrifice to uphold the country's independence and sovereignty.