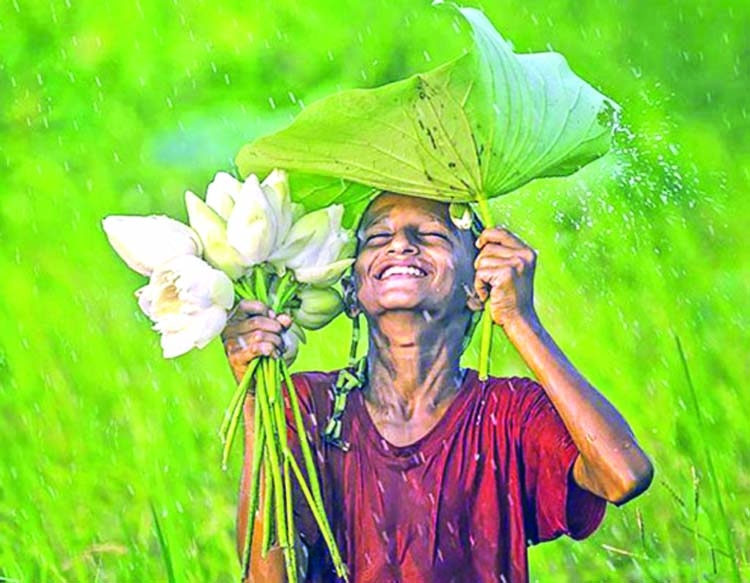 Young Bangladeshi photographer, Asaf Ud Daula, recently won the international photo contest titled 'The World's Best Photos of #Green2020.'On May 15, the contest was launched by the mobile app Agora. Photographers from all over the world were asked to submit their best 'green' shots.
Asaf's photo of a rain-drenched boy was voted the winner out of 17,689 submissions in total.Asaf is a talented photographer whose photos have been exhibited in Europe and different countries in Asia. Organized by Aurora Vision, The Milan Expo 2015 was the first international exhibition where Asaf's photos were displayed. He began taking photos with his Nokia 5300 mobile phone in 2008.