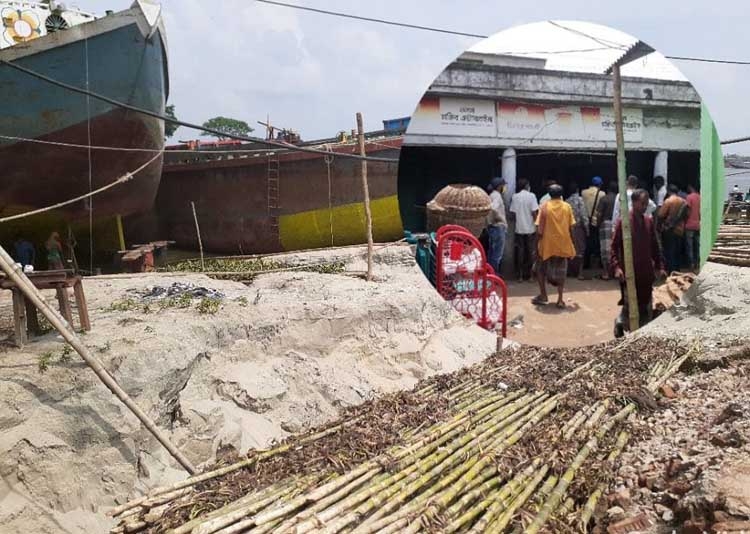 Government land at Aruail Bazar in Sarail upazila of Brahmanbaria is rampantly being grabbed by local influentials.
Though structures have been erected on the government land of the traditional bazaar which stands on Meghna and Titas rivers, the local administration turns a blind eye, local people alleged.
There are around nine hundred business structures at Aruail Bazar. Most of the structures have been constructed grabbing bank of the rivers.During a recent visit, this correspondent talked to some local people.
They said, “The land grabbers are politically influential. They are constructing business structures showing thumb to law.” Contacted, Aruail Union Parishad Chairman and president of bazaar management committee said, “Some people are illegally occupying government land by dint of their political identities.”
He demanded the recovery of government land from the clutches of influential people. Assistant Commissioner (Land) Farzana Priyanka said, “Legal actions will be taken against those who have grabbed the government lands.
None will be spared.” Upazila Nirbahi Officer (UNO) ASM Mosa said, “We will conduct raids to evict the illegal occupiers of government lands at Aruail Bazar. Legal actions will be taken against the land grabbers consulting the higher authorities.”