Tania Bristhy is busy with shoots after break 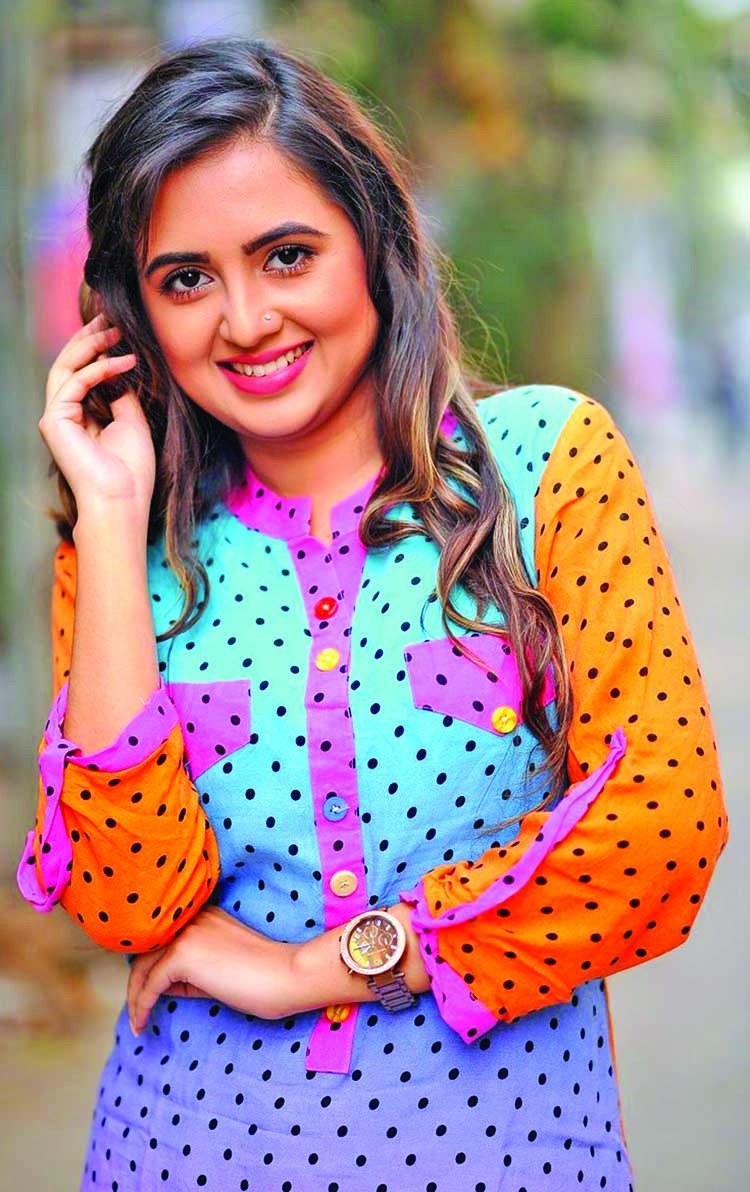 Tania Brishty
Popular actress of this generation is Tania Brishty. She has been away from professional work since March. And after the break, she got busy returning to acting a few days ago.
Meanwhile, Tania Brishty has completed the work of the drama 'Bhager Gari' directed by Sajib Mahmud. Jovan is opposite her in this. Tania Brishty will also be busy shooting several dramas for the next month.
She will be working on four more dramas in the next few days, namely- Raisul Tamal's 'Keu Nei', Shah Rakib Mohammad's 'Hugna Nizam', Alok Hasan's 'Bhaiya Chhaka Khaite Chaena' and Morsalin Shuvo's 'Brac to the Pavilion'.
Returning to acting after the break, Tania said, "Once upon a time, acting was my favorite. The days when I was away from acting because of Corona, it really felt bad. Now, after a break, I am back to acting and I am in a very cheerful mood. I am starting work on another new drama from today. Everyone is shooting according to the health rules. I am actually shooting according to the proper rules."
Tania Brishty became involved with the media through a reality show. At first she acted in a TV drama but it did not come to air. She was later seen on TV as a model in a Grameen Phone commercial. It was directed by Sharaf Ahmed Jibon. Tania worked on the latest drama series 'Chan Biryani' under the direction of Kaiser Ahmed before this critical period of Coronavirus started.