Multiple works of Tareen in Eid 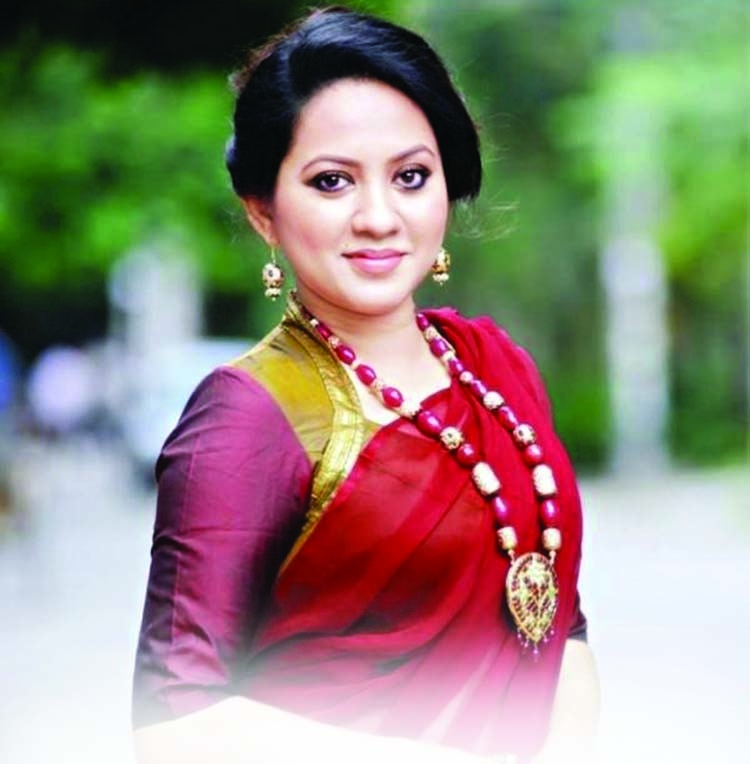 Popular actress on the small screen isTareenJahanhas been acting in more drama this Eid than in the past few years.
Tareen has always given importance to stories and characters in acting in dramas / telefilms. This Eid, she has acted in stories as per her mind with the same importance. Tareen has done Eid dramas with very few breaks for the fans.
Tareen has completed 'Sedin Brishti Esechhilo' written by FariaHossain and directed by Imdadul Haque Milon, 'Meghla Moner Meye' written by Faria Hossain and directed by Chayanika Chowdhury, 'Bonbhojon' written by Sajjad Hossain Khadem and directed by Golam Sohrab Dodul, 'Kotha Shunte Hobe' directed by SA Haque Alik, 'Ekti Raat' written by Anurup Aich and directed Wahid Palash.
On July 25, she took part in the shooting of the Eid special drama directed by Hanif Sank. Chanchal Chowdhury is opposite her in the drama. However, in the midst of the shooting of this Eid drama, Tareen has completed the shooting of the special story film 'Runner' for the National Mourning Day on July 19 and 20. It is based on the story of Shoaib Chowdhury and is made by the talented drama director GolamSohrabDodul.
Tareen Jahan said, "I will be seen playing different characters in every drama this Eid. No similarity can be found between the character of one drama and another. I would especially like to thank the playwrights, directors, production company and channel that it will be aired of each drama. They have worked with objective stories and as an actress I have enjoyed working on different types of characters. I love acting in any kind of challenging character because acting is my job."