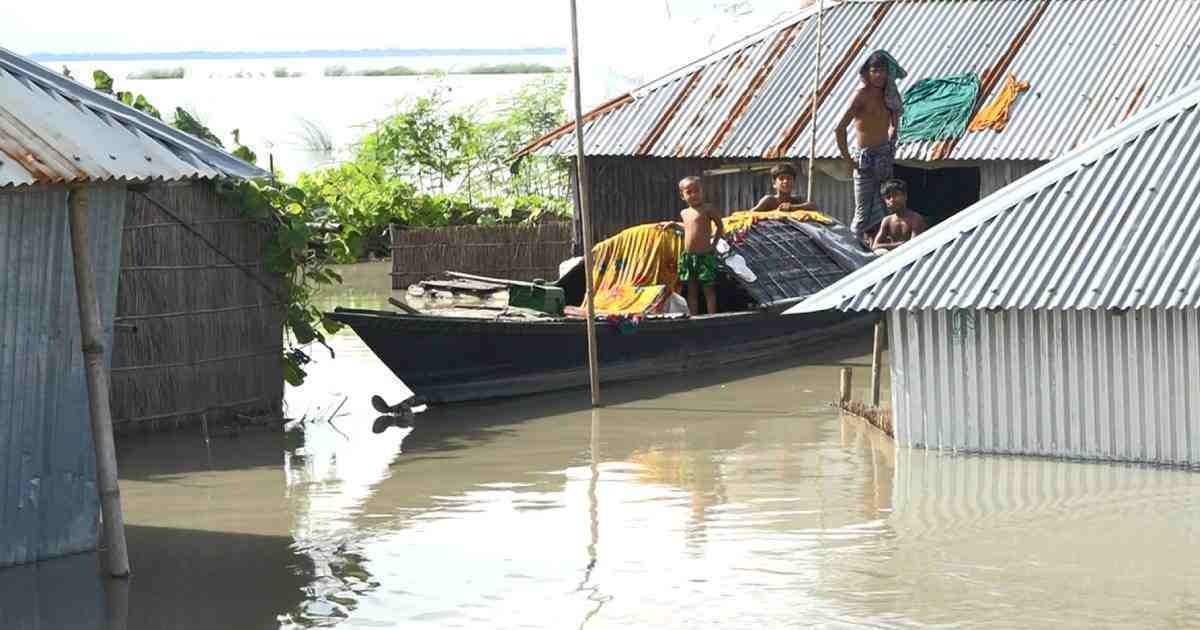 The government has distributed 7,147 metric tonnes of rice among the flood-affected people as humanitarian assistance.
According to information received from the local administrations of 31 flood-hit districts, the government has disbursed Tk 2,02,12,700 in cash among flood vicitms, Tk 34.94 lakh for baby food, Tk 57.59 lakh for fodder and 82,012 packets of dry foods till Monday.
Besides, the government also distributed 100 bundles of corrugated iron sheet and Tk 3 lakh cash for building houses in the flood-hit areas.
The flood-hit districts include Dhaka, Gazipur, Tangail, Manikganj, Faridpur, Munshiganj, Rajbari, Madaripur, Shariatpu, Kishoreganj, Mymensingh, Netrakona, Jamalpur, Chandpur, Noakhali, Laxmipur, Brahmanbaria, Rajshahi, Naogaon, Natore, Sirajganj, Bogura, Rangpur, Kurigram, Nilphamari, Gaibandha, Lalmonirhat, Sylhet, Moulvibazar, Habiganj and Sunamganj.
The number of flood-hit unions is 908 while the people of 153 upazilas have been affected.
Some 47,02,179 people and 9,84,819 families have been marooned. The local administrations have opened 1,603 shelter centres for flood victims and 89,300 people have taken shelter till date.
Besides, 75,720 livestock were also given shelter at the centres.
Meanwhile, 385 medical teams are working in the flood-hit areas while the authorities concerned have constituted 901 medical teams for providing treatment to the people affected by flood.
Prime Minister Sheikh Hasina on Monday directed the administration to stay ready to extend all sorts of assistance to the flood-affected people as the flood may prolong this time.