I'll try to give my best: Reza 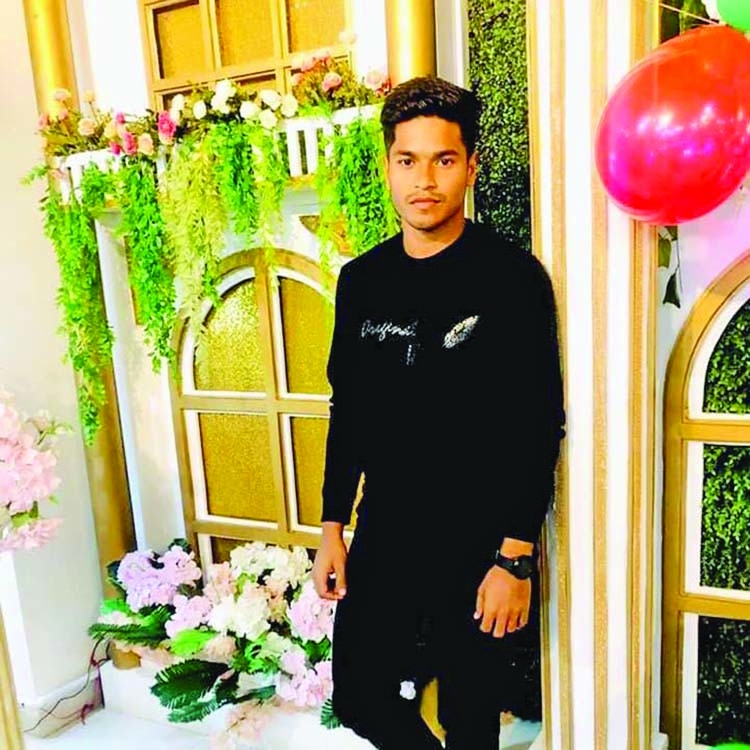 Bangladesh Premier League (BPL) player Sumon Reza plays for Uttar Baridhara Sporting Club. -BFF
Bangladesh Football Federation (BFF) announced 36-member squad for preliminary camp ahead of the forthcoming FIFA World Cup qualifiers in October and November where forward Sumon Reza who has been playing for Uttar Baridhara Sporting Club in BPL earned call-up for camp.
In a video massage to BFF on Tuesday, the newcomer forward said he is confident to utilize the opportunity with his best performance in the forthcoming FIFA-AFC joint qualifiers.
"I get a call in the national team. Thanks to Bangladesh Football Federation (BFF) and head coach Jamie Day for evaluating my performance. I think all domestic leagues should be continued. Bangladesh Premier League (BPL) is starting soon; the other domestic leagues including Bangladesh Championship League (BCL), first division, second division, pioneer league and district-level leagues should also be continued. If these leagues start, we will get more players and our national team will be benefited. Good players will increase our quality. It will be good for our country." "Bangladesh Premier League (BPL) player Md Sumon Reza said.
"I've become part of the squad for FIFA-AFC joint qualifiers. I'll try to give my best there. There are many young footballers like me in Tangail. They are playing in district-level football. They want to come to Dhaka, want to play in the second division, first division, BCL, BPL. They also dream of getting calls in the national team. I think more games and leagues provide young players. It will also be helpful for Bangladesh Football Federation (BFF) because they will get enough player supply."  He added.
The players, who have been out of football since the mid of March, are worried about the mental and physical fitness. Bangladesh's conditioning camp is scheduled to start at Sahara Resort in Gazipur on August 7. The gym and grounds are being prepared in consultation with the resort authorities.
The coach would trim the 36-member squad to 25-memeber within one month and finally 23-member squad will be announced for the matches.  The reporting date for the camp have been fixed at August 7-9 and the players will have to perform COVID-19 test in their respective nearest centers before joining the camp…..before joining the camp the booters will have to complete their testing formalities on August 3-5 so that they can join the camp with the COVID-19 test result.
After joining the camp, the booters will further go through COVID-19 test under the supervision of BFF's medical committee. After getting the booters' test results in hand, the BFF will divide the players in a small groups which consist with 4 to 5 members who will not be allowed to close contact with each-others for the next two weeks. The booters will work as group wise at that time their (booters) fitness will be supervised by head coach Jamie Day from England.
After successfully passing the pre preparatory fourteen days camp, all the thirty booters will be allowed to do the full fledge six-weeks training together beginning from August 21 under the supervision of head coach Jamie Day, who will be available at that time. The fixtures of Bangladesh of the FIFA World Cup Qualifiers Qatar 2022 will be held on October 8 and 13 and on November 12 and 17. Bangladesh will play against Afghanistan, Qatar, India and Oman respectively on those dates.