6 Eid jamaats to be held at National Mosque from 7am 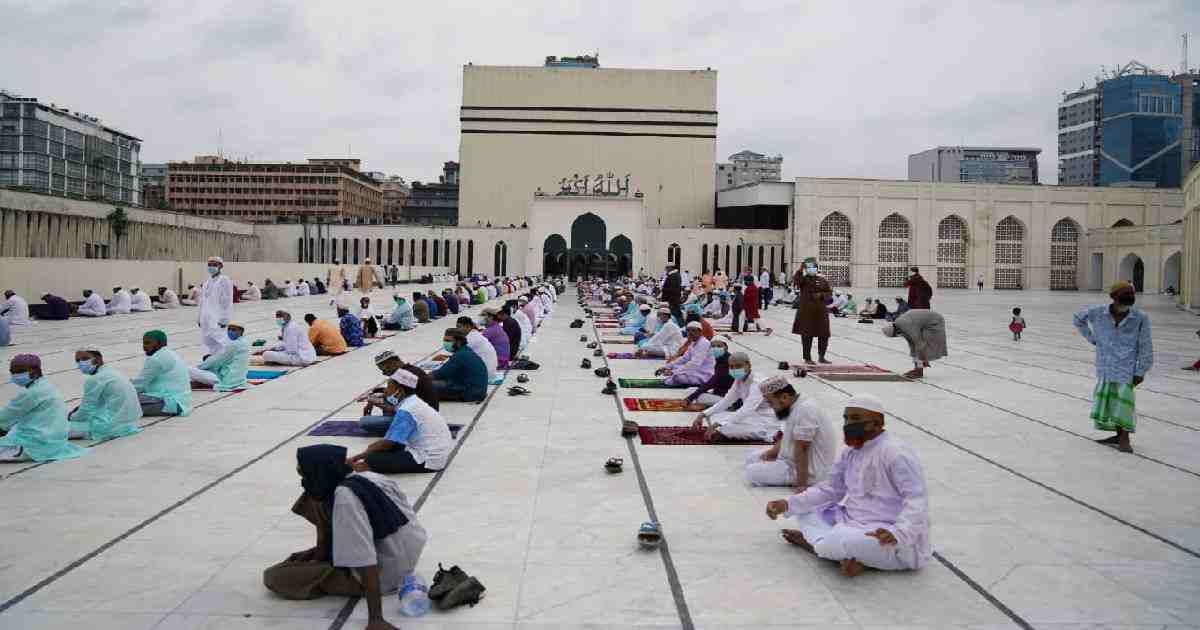 Six Eid-ul-Azha congregations will be held at the Baitul Mukarram National Mosque from  7am on the Eid day.
This year there will be six jamaats on the Eid day at the National Mosque, said a press release of the the Islamic Foundation.
The first Eid jamaat will be administered by Mufti Mizanur Rahman, senior Pesh Imam of Baitul Mukarram National Mosque, it said.
Eid jamaats will be held maintaining social distancing and health guidelines.
After the first jamaat, the second one will be held at 7:50am while the next four jamaats will be held at 8:45am, 9:35am, 10:30am, and 11:10am.
On Monday, the government issued some directives asking people to offer Eid prayer at their nearest mosques instead of Eidgah and open spaces maintaining recommended health guidelines amid the coronavirus pandemic.
It also suggested disinfecting mosques before the Eid prayer and not rolling out carpets on the floors.
The devotees have been asked to bring prayer mats from home.
Read also: Offer Eid prayer in nearest mosque: Ministry of Religious Affairs
The devotees must wear masks inside mosques and avoid using prayer mats and caps that were stored earlier there.
Children, elderly people, people with physical ailment, and those involved in taking care of the sick will not be allowed to attend the Eid prayer.
Besides, the devotees were requested to shun handshaking and hugging after the prayer which has been a common practice during Eid throughout the world.
The Religious Affairs Ministry urged Imams and managing committees of mosques to ensure proper implementation of the directives.