New film on the tragedy of August 15 drops trailer 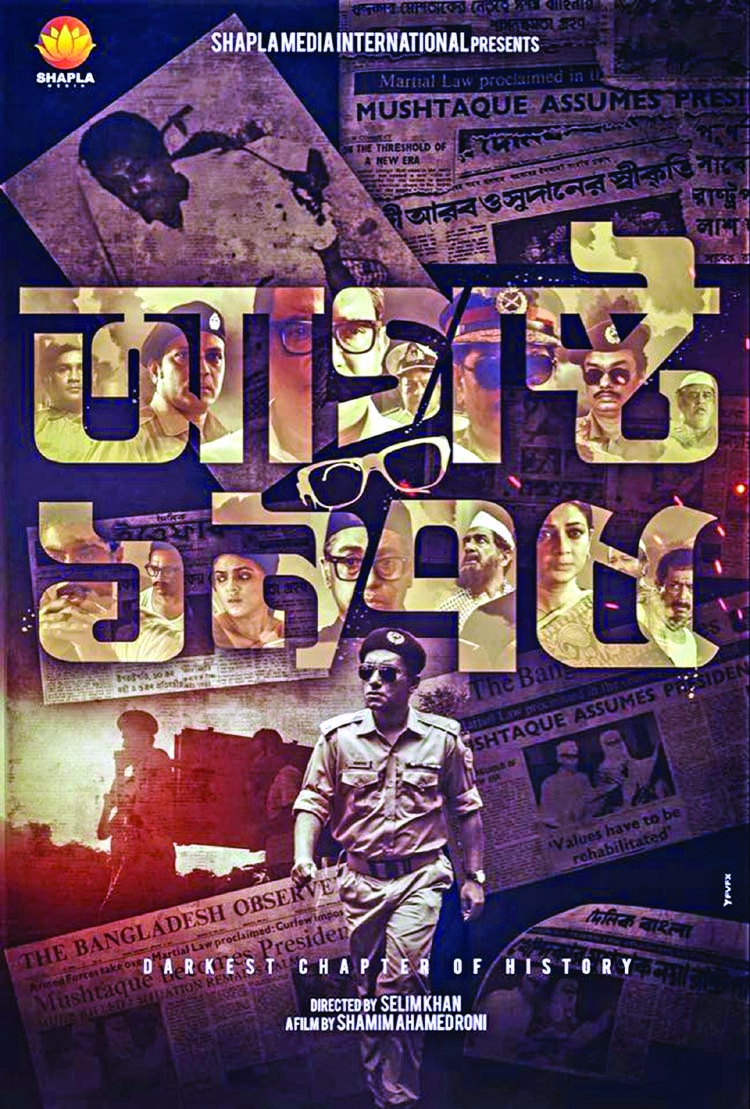 On August 6 a press conference held at ZahirRaihanColour Lab Auditorium in BFDC, Shapla Media International has released the teaser and poster of a new film detailing the tragedy of August 15, 1975.
'Dhaka Attack' actor TaskeenRahman is featured in both the poster and teaser, playing the role of Colonel KaziHaider who has been given the task to bury Bangabandhu's body in Tungipara with the help of only 17 soldiers.
Written and directed by Selim Khan, the new film 'August 1975', previously titled '1975-An Untold Story', will follow the tumultuous events following the death of the Father of the Nation. However, Bangabandu or any of his family members will not be portrayed in the film.
Director Selim Khan said, the film is set to hit the theatres soon despite the restrictions posed on public gathering due to the ongoing pandemic. The prospect of an online release has been rejected by the producers, he informed the press. The trailer will come out today (August 12).
Masuma Rahman Nabila, Tauquir Ahmed and Shahiduzzaman Selim have been cast in the respective roles of late Member of Parliament Baby Moudud, national leader Tajuddin Ahmed and Khandaker Mostak. The upcoming film's ensemble cast also includes Jayanta Chattopadhyay, Anisur Rahman Milon, Fazlur Rahman Babu, Taskin Rahman and others.