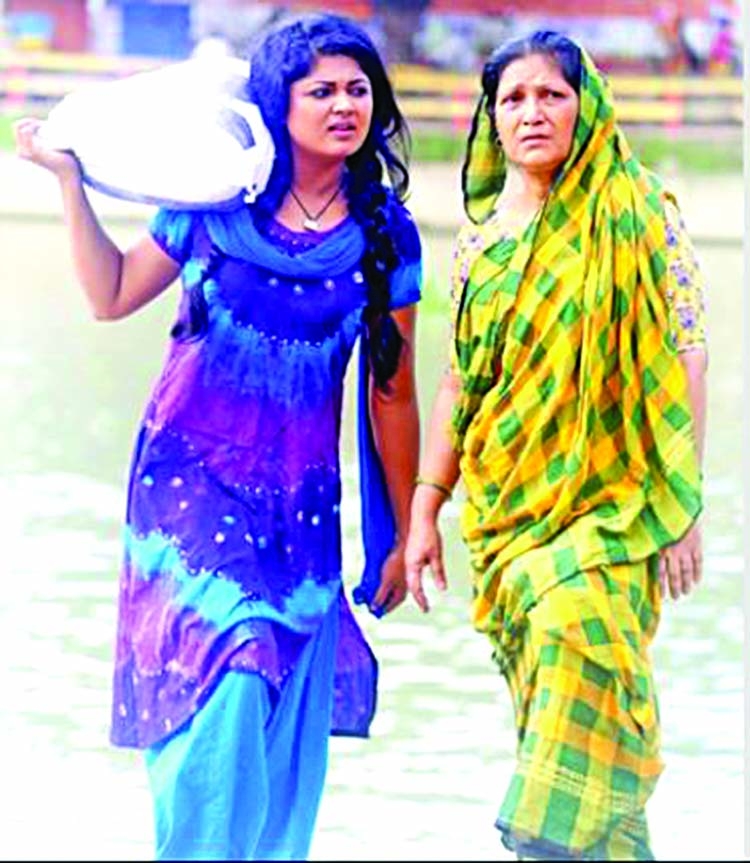 Popular scriptwriter and director MatiaBanuShuku has made a mark on the small screen by presenting numerous viewers' acclaimed dramas and telefilms. As a part of its continuation, she wrote another telefilm titled 'Chhai Chapa Agun' recently. Directed by Robiul Sikdar, noted actresses Shilpi Sarkar Apu and Moushumi Hamid will play two major roles in the telefilm.
While talking about working in the telefilm, ShilpiSarkarApu said, "I worked under RobiulSikdar's direction in few projects. I always love stories of his dramas. Shuku is also a talented scriptwriter and director. She always gives a social message to the audience through her drama. In the telefilm 'Chhai Chapa Agun' also has a message. I believe viewers will enjoy the telefilm."
Director RobiulSikdar said, "Thanks to Channel i for keeping faith on me. I also express my gratitude to ShukuApa for the amazing story. ShilpiDidi and MoushumiApu worked hard to portray themselves according to their roles. I hope the viewers will enjoy the telefilm."The telefilm Chhai Chapa Agun was telecasted on Channel i on Friday.